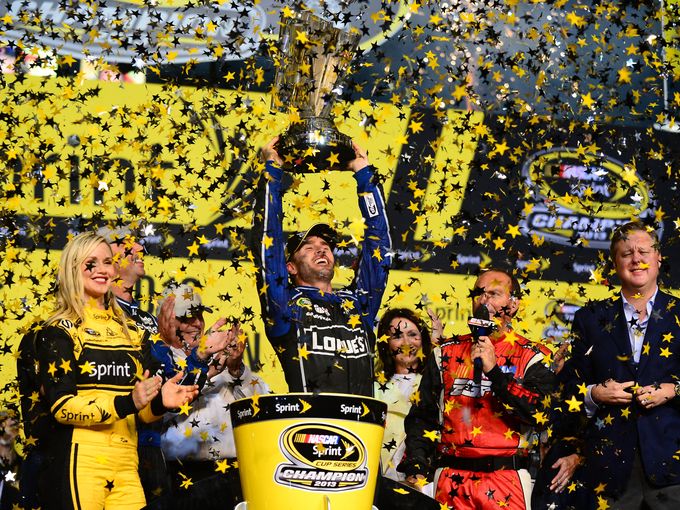 However, the debate that has sparked controversy for years had more fuel added to the fire when former Philadelphia Eagles quarterback Donovan McNabb said on Fox Sports Live proclaimed, “Do I think he’s (Johnson) an athlete? Absolutely not.”

There is a common thought among sports fans that NASCAR drivers are not athletes and auto racing is not a sport. Why is this? I feel that this statement is attributed to the lack of knowledge that people have about motorsports.

Although McNabb was simply stating his thoughts, I politely say: Donovan McNabb, you have no idea what you are talking about.

The NFL is not a sport. Neither is NASCAR.

According to Merriam-Webster a sport is “a contest or game in which people do certain physical activities according to a specific set of rules and compete against each other.”

Sports fans don’t often take the definition of sport as it is. Sports fans subject themselves to the thought that sports are only those games that include a ball, physical activity, hitting, and scoring.

Well I’m sorry, but the Merriam-Webster seems to put holes in your argument.

By the Merriam-Webster definition, I could hold a high stakes game of spoons tomorrow night in my apartment and declare it as a sporting event. Last time I checked, spoons is often physical (I recall many games of spoons where people may have gotten minor injuries due to the physicality) and also contains a set of rules.

Physicality, set rules, and a game. Sounds like the definition of a “sport” to me.

If you think about it though, NASCAR and the NFL are simply governing bodies that sanction their respective sports, football and motorsports. Therefore, the NFL and NASCAR are not sports.

The NFL sanctions the sport of professional football. The NFL is composed of 32 teams and split up into eight different divisions that compete for six playoff spots between each division. These playoff spots then lead to a potential football championship in the NFL.

Oh wait, NASCAR does that too!

In other words NASCAR (auto racing) and the NFL (professional football) both have:

Racing and football sound like a couple of great sports to me.

Oh, so you want to discuss athletes?

According to the Merriam-Webster, an athlete is “a person who is trained or skilled in exercises, sports, or games requiring physical strength, agility, or stamina.”

What Mr. McNabb said about  Johnson could not be further from the truth. A sports science study shows exactly what drivers deal with when they compete.

Drivers must face in car temperatures up to 130 degree Fahrenheit, dehydration, and force in excess of 3+ Gs throughout a race that may last up to 400 laps. With NASCAR driver’s bodies taking the same abuse as professional marathon runners, drivers must train their reflexes, physical stamina, and overall strength.

Now I don’t expect every reader of this article to think that motorsports are in fact a sport. I will never convince the masses that constantly refute the proof of the sport. However, I challenge those who know nothing about NASCAR, other than the five minutes ESPN spends talking about it, to actually learn something about NASCAR.

My challenge to the people who continue to deny the truth: Attend a race. Realize what these athletes go through.