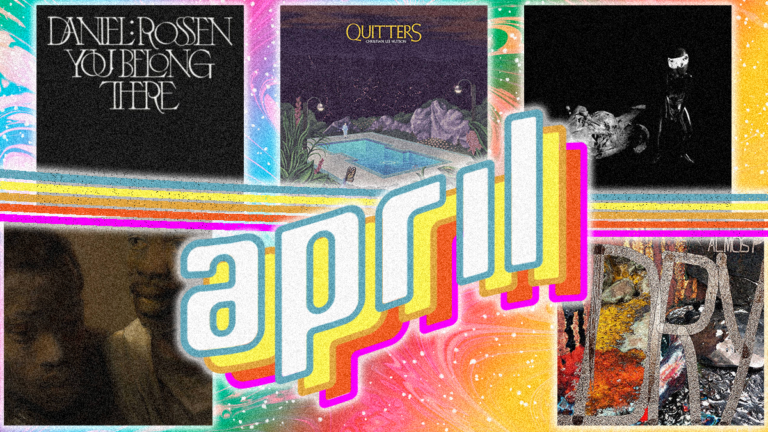 On Aethiopes, billy woods reestablishes his strengths as a storyteller, with help from producer Preservation’s experimentally jazzy beats. By now, woods has cemented himself as one of hip hop’s greatest writers, and his brooding yet clever introspection sounds especially powerful over Preservation’s musical backdropping. Samples of pianos will twinkle across some tracks, and pound discordantly on others, while electric guitars ring and horns blow. By the time the harmonica enters the equation, the beats here are unparalleled. It is an enveloping atmosphere completed by excellent percussion, which moves between hand drums, full kits, and shuffling jangles difficult to place, but woods and his guests sound great over it all. “NYNEX” with ELUCID, Denmark Vessey, and Quelle Chris compellingly describes a tech dystopia that seems inevitable, and also manages to be an exciting, head-nodding posse cut. A healthy disdain towards institutions carries across the record, but just as often, woods’ writing is remarkably human, with a cohesion that can only be understood from a full listen. “No Hard Feelings”, “Christine”, and “Remorseless” are all perfectly heart-stopping examples. He’s a special rapper that references Camus and Dostoevsky without sacrificing the intensity of his personal voice–here it’s more of a footnote citation. woods has delicately arranged the pain and beauty of a life–sometimes through humorous sarcasm and sometimes through poignant prose. Aethiopes has it all, becoming a high point in billy woods’ already otherworldly discography.

Christian Lee Hutson describes his songs as “little collages of memories.” Much like his previous album, Beginners, in which the memories he details are of his awkward teenage years and his uncertainty at the thought of growing up, Quitters brings us more recent memories of his awkward adult years and his uncertainty at the thought of being a grownup. Don’t let the repetition in theme fool you, though; his most recent work is a beautifully original, heart-wrenching, and at times, witty masterpiece. In his song “Rubberneckers,” Hutson, accompanied by Phoebe Bridgers, states that “if you tell a lie for long enough, then it becomes the truth, I’m gonna be okay someday with or without you,” insinuating that a theme of adulthood is lying to oneself to cope with the existential dread of losing a loved one. In fact, the ending of relationships seems to be one of his larger themes throughout the album, not overshadowing motifs of mental illness and self-doubt. Hutson’s cynical lyrics in songs like “OCDemon” and “Strawberry Lemonade,” accompanied by his soft voice and melancholic instrumentals, make Quitters a wonderfully thought-provoking and hauntingly beautiful instant classic in the indie folk genre.

Over the last 20 years, Pusha T has secured the reputation as the undisputed king of coke-rap. With his highly anticipated follow-up to 2018’s Daytona, It’s Almost Dry powerfully reminds listeners why that crown is his. Like his previous works, Pusha spits countless bars about his coke-dealing past; yet he never fails to maintain a cold, hard-edged approach that always feels fresh. The production is handled by two of the most prominent all-time heavyweights of hip-hop producing: The Neptunes (Pharrell Williams and Chad Hugo), and Pusha’s longtime label colleague Ye (fka Kanye West). Their superior sampling skills and melodies create a lustrous foundation for Pusha to flex his pen game over. The third track “Dreamin of the Past”, features a sample of Donny Hathaway’s cover of John Lennon’s “Jealous Guy”, a vintage soul song that spotlights Ye’s legendary sampling. Pusha T marches over the beat with unrivaled confidence and swagger, warning any rivals that “award shows the only way you b*tches could rob me”. “Hear Me Clearly” features a gloomy, cutting melody over granulated drums, setting an ominous mood in which Pusha reminds the audience that he isn’t quite like other rappers. “See the difference ‘tween me and them, I move to a different drum like EDM.” Pusha’s longevity has been arguably the greatest feature of his career. From the days of Clipse to today, Pusha has consistently dropped nothing but timeless music, and It’s Almost Dry is another instant classic from the self-proclaimed “cocaine’s Dr. Suess”.

On Boat Songs, North Carolina-based songwriter MJ Lenderman writes alt-country barn-burners and tear-jerkers with even parts grit and heart. Known as the guitarist of indie rock act Wednesday, Lenderman takes the honky tonk spirit that has always laid beneath the band’s work and runs with it on this solo project. Most noticeably, the guitars on this record sound great–wretched and squelching on the noisy cuts, soft and supportive on the slow ones, and generally played throughout with a nice helping of distortion. The hum of pedal steel appears a few times, and brings a lot of atmosphere to the record. Lenderman gives some of his best vocal performances here, with a seemingly effortless sincerity. He has an approach to lyricism that allows a gut-punch like “I always believed you every time you said / You were gonna be like our heroes someday / Well, baby, all our heroes now are dead” (“TLC Cagematch”) and a piss-take like “Jackass is funny / Like the Earth is round” (“You Are Every Girl to Me”) to appear on the same record, and both be memorable lines in their own ways. A song like “Dan Marino” may be unconventionally produced–were those guitars and drums recorded from a different room??–but it ultimately reinforces the record’s wild spirit. Boat Songs meets country and chaos with excellent results.

Daniel Roseen – You Belong There

In his debut solo album, You Belong There, Daniel Rossen, co-lead vocalist of indie rock band Grizzly Bear, delivers his personal creation in the form of rich, melancholic neo-classical folk. The featured vocals and acoustic guitar are accompanied by a wide range of orchestral instrumentation that adds an incredible and unique depth. It is a somber and introspective album; lyrics are sparse and convey a very personal, melancholy with a beautifully crafted ambiguity. There is a transportive quality to Rossen’s music, a natural soundscape delivers the listener to a lush, secluded world, exhibited best in songs “Shadow in the Frame” and “Repeat the Pattern”. Like being in a densely forested fantasy, it has a quiet sort of loneliness intensified by an otherworldly depth. Simultaneously, the song “You Belong There” is a more intense interpretation of the same transportive nature, driven by an almost agitated momentum with a captivating combination of bass, strings, and woodwinds supporting the guitar and vocals. Daniel Rossen exhibits a musical mastery, being able to subvert classical instrumentation for his own unique compositions and introspection, culminating in an incredible folk album, inspiring a new and exciting potential for his future work.