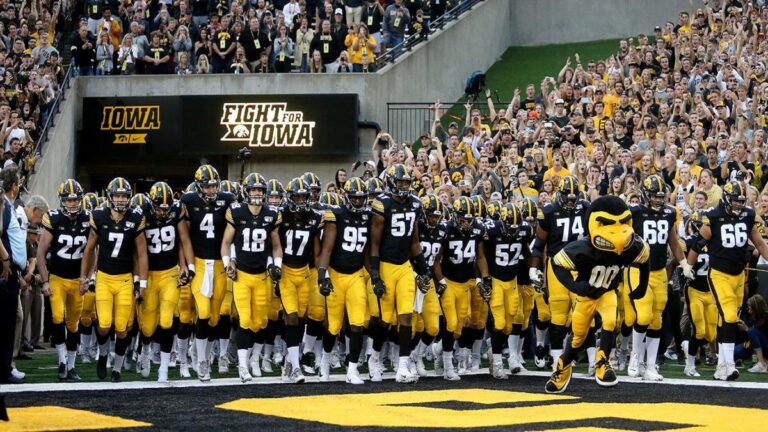 For many football fans, replay review is one of the most dreaded parts of any game, college or pro level. Imagine how excruciating it’s been for fans and alumnus of Big Ten universities watching their schools go through a process that played out like a drawn-out, month-long replay review.

August 11th, the date everyone knows, was the day the Big Ten announced it was postponing all fall sports, including football. The decision was made by an 11 to 3 vote. The three who voted against the cancellation were Nebraska chancellor Ronnie D. Green, Ohio State president Kristina Johnson, and Iowa president Bruce Harreld.

“The ruling on the field is an incomplete pass.”

The criticism came from far and wide, and rightfully so. Many of the Power 5 and Group of 5 conferences had privately adopted a “wait-and-see” approach to the season, rather than flat out punting it like the Big Ten and eventually the Pac-12.

Fans, coaches, athletes, and athletes’ parents all challenged the conference, pushing commissioner Kevin Warren to find a way to play college football in the fall of 2020. Parents of football players went so far as to protest on the grounds of the Big Ten office in Rosemont, Illinois. A group of Nebraska football players also filed a lawsuit against the conference.

“The ruling on the field is under further review.”

Starting less than a week after the Big Ten, the now-infamous Sir Yacht began his series of tweets that lasted all the way until the conference’s decision on Wednesday. Many of the tweets were incorrect and some stirred more conversation than others. However, by the time the start of September rolled around the whispers had grown louder.

At this point, if it were a replay review, many would not be convinced the call was going to be overturned. There wasn’t enough evidence. As a matter of fact, there was much chatter about evidence that turned out to be completely false.

A Penn State doctor erroneously reported that studies of the university’s athletes showed that 30-35% of the student-athletes who tested positive for COVID-19 had contracted myocarditis, a minor heart condition linked to all viral infections. The national media took the ball and ran with it like a defensive end picking up an errant sideways pass.

That was until officials blew the whistle and called the play dead. Multiple Big Ten universities refuted the claim made by Penn State doctor Wayne Sebastianelli. Sebastianelli later walked back his claim and Penn State stated that he was citing “outdated information.”

Rumors were heating up that the Big Ten was close to deciding on an October 10th return date. Many felt it was a little too coincidental that the story broke as the rumors were beginning to heat up, as reputable reporters had begun to give merit to them.

What began to turn people’s heads was the conversation that Kevin Warren had with President Trump regarding the use of saliva-based COVID tests that could give 97.1% accurate readings in a 15-minute span. All signs pointed that the meeting had gone well and that a fall Big Ten slate was foreseeable.

In the end, the Big Ten did not end up using the federal tests offered by the President, as the conference wanted to keep those tests available to the general public. Instead, the conference plans on using antigen-based tests that not only give lightning-fast results but can also trace the virus before the person can become contagious.

This debate is what began to shift the Big Ten’s thinking. Along with the avalanche of data that showed that the risk to student-athletes from myocarditis was not nearly as great as initially thought, which had been a driving force in the Big Ten’s initial decision to cancel.

The conference had no other choice but to reconsider, and from the sound of it, everyone was on board.

“After reviewing the play, the ruling on the field is reversed, the receiver did maintain possession, First Down, Big Ten.”

Many were relieved, many were condescending, a few were vehemently opposed, but in the end, nearly everyone is excited that Big Ten football is back. It has also appeared to have triggered a domino effect in college athletics.

Boise State head coach Brian Harsin released a statement on Wednesday stating that his players and coaches want to play, and the Mountain West appeared to hear their message, loud and clear.

Then, as of Wednesday night, it appears the USC and UCLA are spearheading a movement to put the Pac-12 in action by the end of October. The Pac-12 has always been the tougher sell in reversing their decision as the state governments of California and Oregon have had some of the toughest COVID restrictions in nation.

The Big Ten’s reversal was a giant replay review for college athletics. Those who wanted football and went ahead on football knew they were doing the right thing. Those who didn’t want football because of the pandemic disagreed and some threw temper-tantrums that would make toddlers blush.

In the end, it was right for the Big Ten to restart fall football. The fans needed it, communities need it, universities need it, and most importantly, the student-athletes need it.

And they got it.