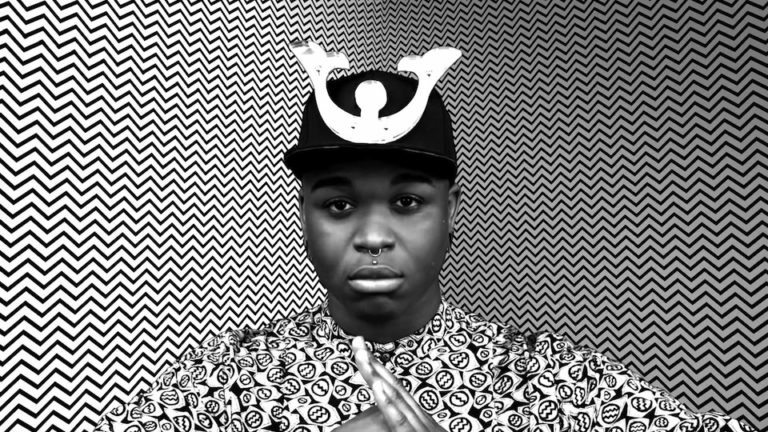 Do you like indie rap music? Do you live in Iowa City? Well, if you are free Thursday, April 5th go on down to Gabe’s at 11pm to see Cakes Da Killa.

Rashard Bradshaw, AKA Cakes Da Killa, is a young rapper, 27,  based in Brooklyn, NY. He is originally from New Jersey and spent time in New York City as a teenager, soon moving his career there. His album Hedonism is a collection of dance songs that hype you up with every verse.

Cakes manages to enforce an aggressive tone to his rapping that gets you pumped up. Also, going off of the name of the album, Hedonism meaning “sensual self-indulgence”, the whole album sounds as such. The songs and lyrics are not entirely sexually driven, but the sound of the music and Cakes’ rapping emits the theme of his album title.

Bradshaw has been very open about his sexuality, saying in an interview with VladTV he was “born out of the closet”, meaning he didn’t have the privilege of being a masculine, straight-passing man. He says he projects himself more femininely and came out in 3rd grade.

Bradshaw wanted to live his life as himself, as he knew he will die one day. He started off rapping in a way that “dissed” straight rappers, showing that this feminine gay teen could rap just the same.

Cakes is doing a lot by just being a open LGBTQ+ member in the rap community. He is showing other members of the community who have a passion for music and writing raps that you don’t have to fit into a very specific mold that people may categorize rappers in; mainly being a masculine, aggressive, straight man. Bradshaw is doing what he wants with his music and being who he is at the same time.

In his debut album, Hedonism, his song “New Phone (Who Dis)” has over 700,000 plays on Spotify. It is a good reflection of his rap style. He has fast verses that are demanding in sound, making you get into it easily. As well as, the music always being a catchy loop that makes you want to dance.

Other great songs off of Hedonism (my personal favorites) to highlight are:

“Hedonism (Intro)”– a hypnotizing intro that combines the fast raps with a smooth chorus.

“Up Out My Face (feat. Peaches)” – a super fast-paced, upbeat dance song.

“Talkin’ Greezy”– a more aggressive rap, with a catchy chorus with an effect on his voice.

“Revelations (Outro)” –a old school, peaceful sound that works in with the mad-sounding rap.

Listen to the album and decide your favorites!

Cakes Da Killa is going to have an amazing show and the date is slowly creeping up. Make sure you don’t miss this awesome rapper with music that will make you want to dance and scream.

Order tickets now for $10 or $12 for general admission on April 5th. This will also gain you access to Plack Blague and CJ Run.

Check out the Mission Creek Festival and see all of the amazing lineup here!