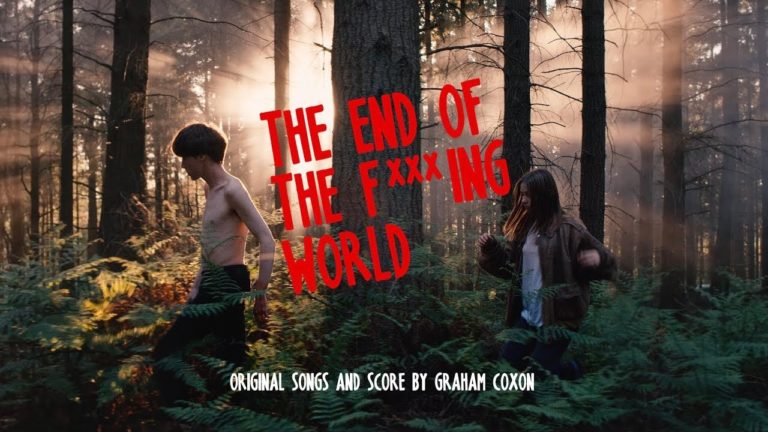 “The End of the F***cking World” is the beginning of something amazing.

James and Alyssa are two understandably cold human beings. James’ mother killed himself by drowning herself in her car in front of him. Alyssa’s mother remarried a rather arrogant man who wishes his step-daughter would disappear and isn’t shy about it. Her mother and step-father started a new family together.

James is played by Alex Lawther and Alyssa by Jessica Barden. The dark comedy is perfectly relatable for an American audience. Other shows like “The Office” and “Shameless” have been adapted across cultures, but this one shows no need to for a change in the cast to accommodate humor.

Although there is no language barrier involved in British and American television, occasionally slang and humor must be replaced for further popularity. In this case, James and Alyssa’s tragic fairytale captivated an American audience and many consider this show to be a favorite Netflix original.

The two meet as strangers in their high school cafeteria and continue on an unbelievable journey to reunite with loved ones, commit continuous crimes, hijack vehicles, and worry their families to a sick extent that makes the audience want to reach through the screen and shake them.

Somewhat annoying is the initial lack of emotion the viewer sees in James at the start of the series. He wants to know what it feels like to murder someone, so when Alyssa addresses James, his inner dialogue begins. Once the sympathy builds for each character, anxiety begins and the desire for the two to console each other takes control.

As the episodes progress, James’ and Alyssa’s inner dialogue seem to wither away symbolizing in a relationship how that primary facade peels back revealing the true personality of your significant other. As James feels he can be himself with Alyssa, his violent tendencies seem to decrease. He finds excuses to love. Well, he finds excuses not to hate. He wants to take care of Alyssa, and focus his efforts on repairing her.

At the beginning of the series, James knows exactly how to manipulate Alyssa into loving him. A sex addict desperate for love, Alyssa thinks she can force James into loving her, and he relents to anything she asks. His growing unwanted affection causes confusion, as he is more nervous and indecisive as most 16-year olds participating in “love” can be. Eventually, he becomes weak and defensive to her, and the entire world beyond Alyssa is obsolete.

This show is the perfect example of how spontaneity, as romantic and admirable a trait it is, can be very detrimental in the end. These two are extremely fragile, but decide to make life-changing decisions together. Neither of them had the courage to do these things alone. In a way, they are each other’s motivation and inspiration. When apart, all they can think about is the one person who thought the most of the other. Isn’t that a lesson in friendship we should all take away?