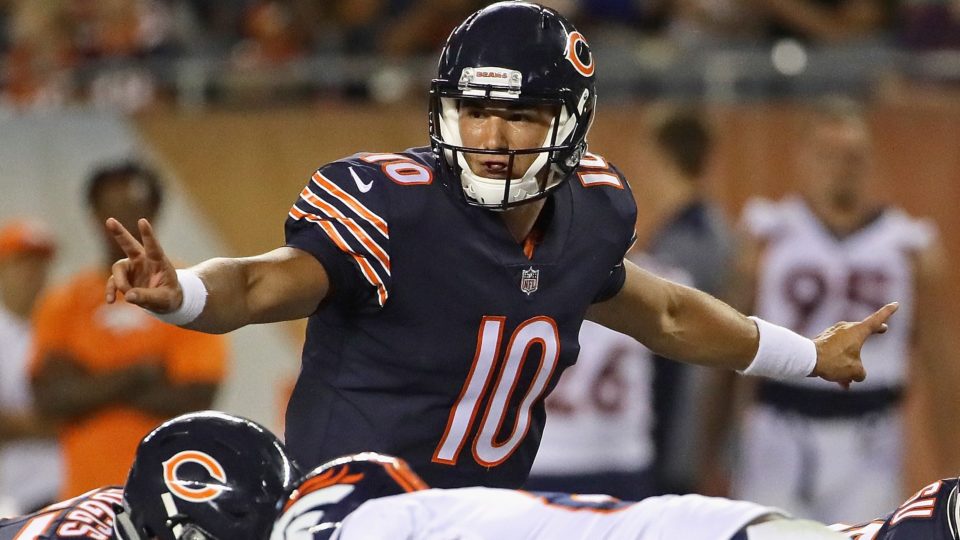 As Bears fans everywhere know: rebuilding is a long, torturous process that has had us ready to punt our TVs out the window ever since Jay Cutler joined us in watching the Packers advance to the Super Bowl in 2011. But hey, it could always be worse… the Jets were also playing in the conference championship that season, at least we’re not them. That being said, things are cautiously optimistic for Bears fans right now… even with the injury to Zach Miller. Most people believe the Bears are still years away from true contention, but why listen? Here are three reasons the Bears could be in the playoffs by next season:

Do we finally have something to be excited about under center? While Mitch Trubisky doesn’t have the most stellar stat line among young quarterbacks this year, the rookie has shown flashes of greatness. Whether it be the unexpected mobility or the continuous game-to-game improvement Mitch has shown, one thing is for certain: Bears fans are excited for the future for the first time since Jay Cutler was signed (ironically enough). The rookie currently holds a 2-2 record as a starter… impressive for a rookie, but even more impressive for a rookie who is throwing to the worst receiving corps in the league. Time will tell if the Bears are able to surround Trubisky with quality talent, but the future of the Bears looks to be in good hands.

With the Swiss Army Knife of NFL Running Backs, Matt Forte, gone to New York, the running back position looked momentarily bleak for Chicago. That is until a couple of mid-round picks emerged in the backfield and gave the offense some much needed pop. Jordan Howard and Tarik Cohen are both young, so let’s not get too ahead of ourselves here; but it is worth noting the young duo is averaging about 100 yards a game combined, not bad for a couple of young guys. Last year, Jordan Howard became the second youngest Bear to rush for 1000 yards… a mark certainly worth a fifth round pick. Going forward with a lack of outside weapons, the play of J-Ho and T-Co and certain to play a large factor is this team’s success.

This season saw Aaron Rodgers suffer his second serious collarbone injury since coming into the league in 2004. While Rodgers undoubtedly has some solid years left on his arm, the clock is ticking. That being said, it’s not out of the question to say Rodgers continues to play well into his late 30s and early 40s much like Tom is doing for the Pats. However, if Rodgers continues to have the injury bug every few years and Matt Stafford continues to waste his golden years in the Motor City, look for the Bears to have the best quarterback in the division by 2021 (very wishful thinking, I know). Outside of injuries, Rodgers has not shown signs of slowing down yet, but if the Bears want to make the playoffs, they’re going to have to find a way to beat him… or wait for him to retire. The Bears currently own a measly 4-14 record against Aaron Rodgers, a mark that will have to improve for the league to take the Bears seriously.

I’ll be the first to say the Bears are nowhere close to contention at the moment, but don’t be surprised to see the Bears become one of the NFL’s best up-and-coming teams very soon. With young foundational players locked into Chicago on both sides of the ball in an aging division, things will begin to improve fast for Chicago. Hang in there Bears fans, this rainy decade won’t last forever.