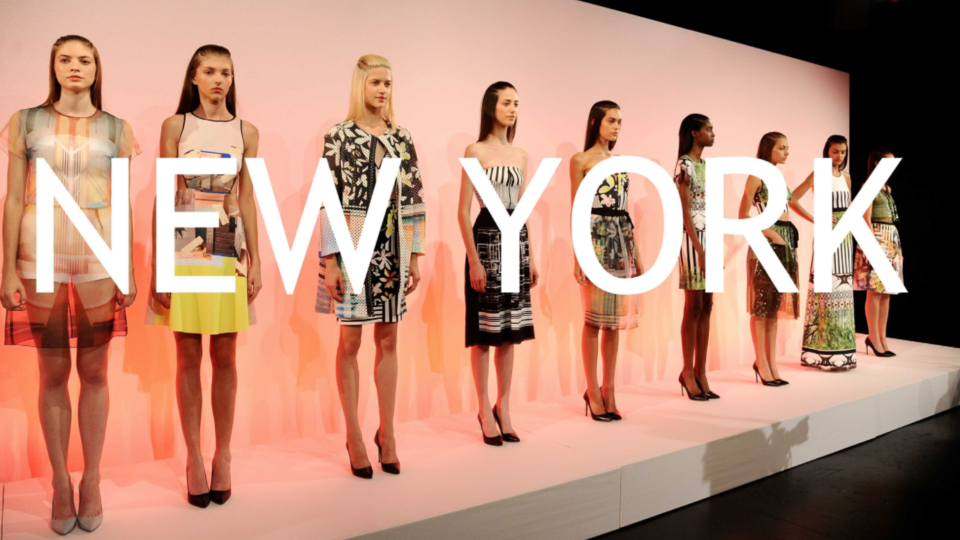 Andre Wright and Emily Carlson are opposites. If it wasn’t apparent by the appearance, Carlson’s perky pony tail and pencil skirt to Wright’s hooded sweatshirt reading “Humanize my Hoodie” and a folded over bandana across his forehead…it was apparent to the attitude during the New York Fashion Week Iowa screening at Merge in downtown Iowa City.

The brands are known for their attempt at empowering the wearers, and both owners are passionate in their craft.

The odd pair decided to collaborate on a brand called New Perspective created to debut during New York Fashion Week.

Little Village got wind of the pair’s brand and decided to send a videographer of their own to document the week. Iowa was clearly the anchor that propelled their collaboration.

Wright’s side of the video was talkative while on Carlson’s side there was more action. During the New York Fashion Week it seemed through the video made by Jason Smith that Carlson had planned thoroughly what moves she was going to make, and when.

She had the professionally and efficiency that New York begs of young artists.

Wright however seemed to have a different vision.

He spoke about professional connecting as an unimportant side note while feeling out situations as much more beneficial on knowing if you want to collaborate with someone. While he waited for his clothes to arrive in New York, Carlson was busy in meetings.

The documentary itself lacked technical skills like proper audio and coverage of events that seemed integral to the story, but it did have the charm viewers were hoping to grab from the time they spent in Merge.

The potential was clear, and with a larger team of videographers the result could have reached it. However, the audience was fully immersed in the film for the most part of thirty minutes, only checking phones when side characters tangents seemed unimportant.

The film ends with Wright and Carlson talking about their creative differences and “tension” that ended their artistic collaboration. “We got a lot of similarities…cool people get together” Wright said.

Make sure to check the Witching Hour Festival website to stay up to date on when next year’s festival will take place!