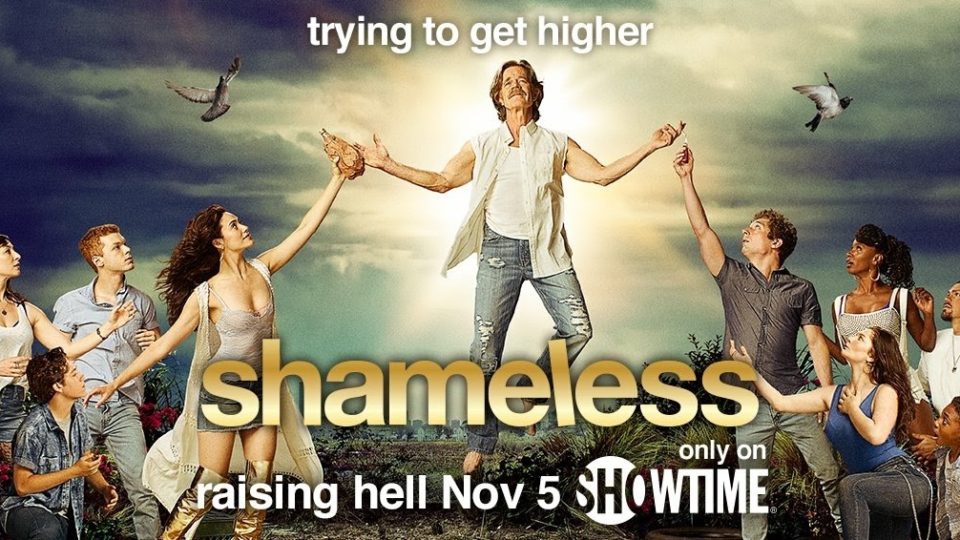 After contract disputes regarding salary wages held production, it has been a while since the last time we have seen the Gallagher family.  As the season eight premiere of Shameless looms around the corner, I wonder how America’s favorite dysfunctional family will come back after the way last season left off.

How will the family move on after Monica’s (Chloe Webb) death? Will Frank (William H. Macy) finally mend his ways and control his drinking? Will we see any surprise guests and reprisals of fan favorite characters like Mickey Milkovich (Noel Fisher), Jimmy Jack Steve (Justin Chatwin), or Sheila (Joan Cusack)?

Finally, how will the show’s producers incorporate some of today’s heavily discussed issues regarding the current president’s agenda on immigration. Besides the fact that the majority of the characters on the show are white and living in the south-side of Chicago (which is in reality filled with diverse neighborhoods not exactly represented on the show outside from some outrageous plot lines). Scenes featuring ICE officers will sure to be present this upcoming season.

To recap how season seven left off, Monica left the family several pounds of crystal meth worth thousands of dollars. Against Fiona’s (Emmy Rossum) advice, the kids agree to take a bag each in order to sustain themselves financially. They will assuredly find themselves in trouble with some drug dealers (nothing too serious like stealing from Pablo Escobar, but enough for them to be knee deep in some shit). And after Svetlana (Isidora Goreshter) stole the Abili bar from V and Kev (Shanola Hampton and Steve Howey), we’re sure to see a few cat fights.

After the release of the season 8 trailer, it is certain what we should expect from the upcoming season. Frank is seen looking towards religion for answers as to how to cope after the death of Monica. And after smoking half a pound of meth, Frank seems like he really is trying fix his relationship with the kids and society (like getting a job; I know, un-Frank like). Fiona is also trying to learn how to make being a landlord less shitty. Hopefully she will find a way to balance building her own career and living as a real 20- something year old adult while also being the designated

matriarch of the family.

Lip (Jeremy White) is still battling with sobriety, while attempting to get back with Sierra (Ruby Modine). Ian and Carl (Cameron Monaghan and Ethan Cutkosky) are trying not to die while selling the meth that Monica left for their inheritance. Debbie (Emma Kenney) seems like she’ll follow in Fiona’s footsteps and have a few hook-ups this season. Especially since the last time we saw her, she was eyeing her welding teacher. Hopefully fans will also witness a “new” Liam (Christian Isaiah) as he’ll probably be more involved in the plot. It can be speculated that Kev will face health issues (like breast cancer) after watching glimpses of some scenes and listening to interviews that the actors have hinted on). And before anyone can call bullshit on that theory, yes, it is possible for men to develop breast cancer. Let’s hope that this upcoming season is better than the last.

The profane, drug enticed, sexual deviating Gallagher’s and friends will hit your TV screens on Showtime, November 5th at 9 PM