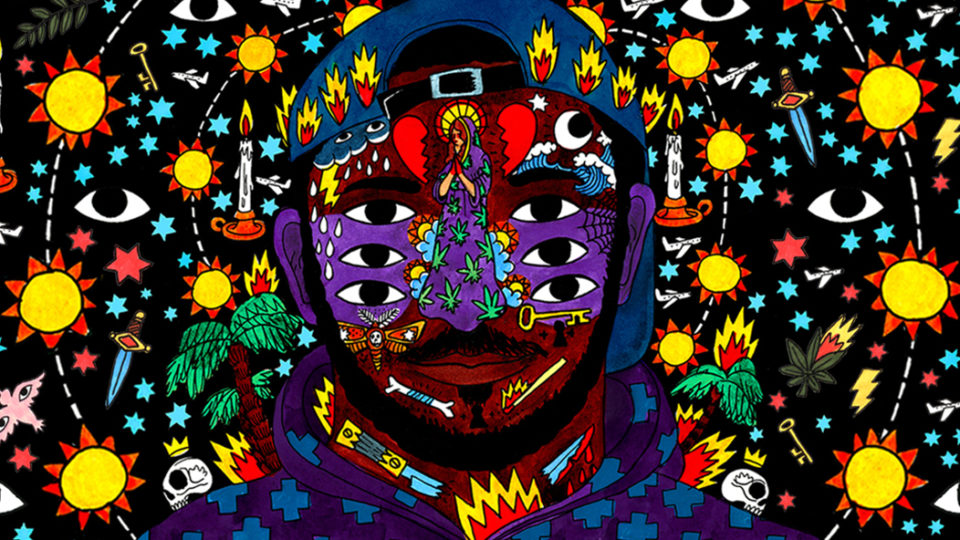 Everyone has shared the dreadful experience of their computer dying at the worst moment. Whether it was in the middle of an assignment, a favorite song, or simply surfing the web, the empty feeling brought from technology cutting you off from a hobby at hand is one I wouldn’t wish upon my worst enemy.

Now imagine this feeling haunting you endlessly since you were working off a PC that was broke as hell and died on you every 30 minutes. Even worse, picture this happening to you in the corner of your parents’ basement as you’re trying to complete and drop your fire mixtape on SoundCloud.

Although the last part is probably completely irrelevant to your experience, there is one person out there that had to live through this tragedy. Kaytranada, or formally known in his basement home as Louis Kevin Celestin, is a Haitian born producer and DJ who was raised in Montreal after he moved there as an infant. Most notoriously known for his debut studio album 99.9%, this man saw his music dreams come alive from a piss-poor PC in a dark corner of his parents’ basement.

It was from a very young age that Kay’s life was consumed by the world of music. Introduced to the art through his dad spinning Michael Jackson and Bob Marley albums in his living room, Kay took a quick obsession to music, looking to get his hands on it in anyway possible. By the time he was only 14 years old, he started producing and mixing his own music.

It hasn’t been a straight path to the top for the dude, as he has fought through the trials and tribulations of a starving artist. Constantly finding himself at a crossroad between following his musical passion or his parents’ demands, Kaytranada decided to take the high road early on.

He recalls in a Complex interview conducted late September (full interview below) the moment he chose to follow his path of passion. Caught in a decision between fulfilling his mother’s wishes of finishing school and touring Europe, he bet all odds against himself and headed across the pond to show his art to the world. Needless to say, he took the road less traveled and hasn’t looked back since.

Within a few years of making this life-changing decision, Kay’s music transcended. Starting from having a Soundcloud presence rooted in his parent’s basement, he soon found himself walking with the stars. Within a few years, he was rewarded the Polaris Music Prize for his debut studio album 99.9% and was collaborating with widely known artists such as Anderson .Paak, Syd, and Vic Mensa. To top it all off, 99.9% was recorded in the basement in which it all began. Somehow, this dude made living in your parents’ basement look cool. Mad props.

Rated as a 8.0 on Pitchfork, Kay’s debut studio 99.9% album embodies a sound that is explicitly unorthodox. Containing drum tracks that are constantly shifting gears and warping, the album produces a sonic vibe that has your ears thrown off by his unique approach to music.

As for structure, the album is an outskirt from typical hip hop or pop projects. One noticable structural element the album contains is songs that are pure instrumentals, something rarely or never found in popular music. By creating songs with this style, his music leaves an abundance of space to let your mind do the work and fill in the lyrical blanks with your personal stream of thought.

Despite his out-of-the box elements, Kaytranada defines himself in the music world through his disco-dance and hip-hop driven elements. In his synth infused track “You’re the One (feat Syd)”, Kay paints a 70’s dance floor type of vibe that makes it impossible not to move to the free flowing groove.

He also lays down some hip-hop influenced, drum driven beats that leave a smooth landing strip for rap artists such as Anderson .Paak and Vic Mensa to drop some fiery vocals over. By fusing these two elements into his style, he contains a sound that can fit multitudes of scenes, ranging from a pre-game to chilling on a beach.

Outside of his great success achieved through his debut studio album, Kaytranada has been touring the world performing at big name festivals such as Lollapalooza, Sasquatch! Music Festival, and Coachella.  For only being 25 years of age, he has already left a lasting imprint in the music world and has been slowly recognized by big producers such as Pharrell Williams.

Looking back at where his music has brought him, Kaytranada was asked for a piece of advice to be given to hungry artists trying to figure out their path.

“If you feel like you’re doing your thing don’t let nobody talk down on you…if you feel driven in your heart and you love what you do more than anything else man just go for it no matter what it is…deep down in your heart you know what you want.”

Coming from a dude who’s dream began taking shape in a broken PC in his parents’ basement, Kaytranada is a walking reflection of these words of wisdom.

The full-length interview with Complex can be found below.