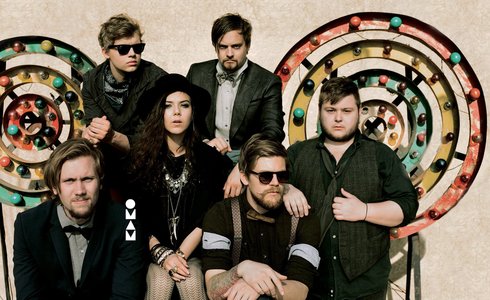 I’ll never forget the first time I heard Of Monsters and Men. I was 14 and on the cusp of discovering my love for Alternative Rock music. It was the age that I ditched the empty, Top 40 Hits nonsense and finally acquired an actual music taste. I dove deep into the excitement of finding new bands, plucking them from obscurity and bringing them to life inside the purple walls of my childhood bedroom. I was on vacation with my family in Colorado, listening to Pandora in the twin bed of our rented condo. “Sloom” trickled through my earbuds and I instantly tapped the screen to find out who sang this emotional, intriguing song. After scrawling “Of Monsters and Men” onto a yellow legal pad of paper (the only way I kept track of bands that I liked back then), I pulled out my dad’s laptop and searched their name on YouTube. An hour and eleven striking tracks later, I knew every single one of their songs. I had found my new favorite band.

“My Head is an Animal” may have been my first love affair with the Icelandic band, but “Beneath the Skin” made just as lovely of an impression on me. Although both albums are home to beautiful collections of songs, my top ten favorite tracks by Of Monsters and Men (OMAM) are mostly from their first studio album. Here they are in ascending order: