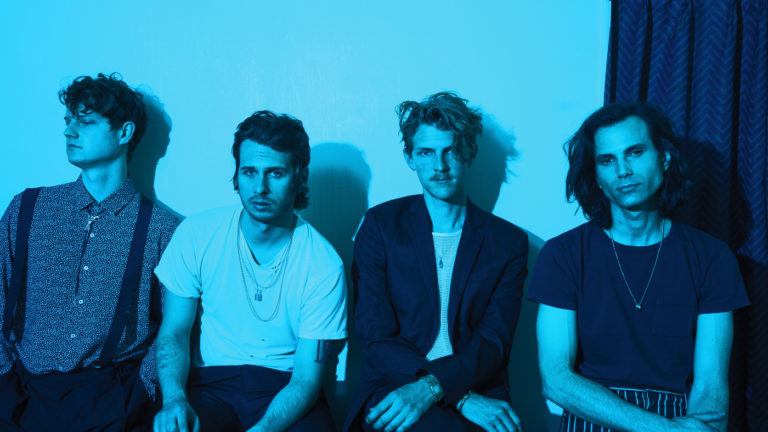 Waiting for new music from one of your favorite artists is always nerve-wracking. Is it going to bad? Is it going to suck? Who knows. Foster the People may not be able to live up to their first album; however, they can still produce some pretty good music.

Foster the People’s third studio album, “Sacred Hearts Club,” was released in July of this year and similar to their last album, has pretty much flown under the radar. It’s surprising that a band with such a popular sound would fall victim to their sophomore album slump.

The band’s second album, “Supermodel,” didn’t have nearly as much airplay as “Torches.” Taking into consideration that “Sacred Hearts Club’s” first single, “Loyal Like Sid and Nancy,” was released in late June, it looks like the band is pretty much headed in the same direction.

There is still some consistency to their music.

For instance, they still care about their friends. “Supermodel” has “Best Friend” while “Sacred Hearts Club” has “I Love My Friends.” Both talk about the importance of friendship. Which, is kind of an interesting and uncommon message to have on two different albums.

But more importantly, there are a few songs that sound like the Foster the People I have come to love; like “Sit Next to Me” and “Pay the Man,” for instance.

What I think Foster the People is trying to do with this album is drift farther from the Indie Rock genre and more into Tech-Pop genre. Which, is becoming more popular. This is clear on tracks like “Orange Dream” and “Loyal Like Sid and Nancy”.

There is still a rock aspect to some songs like “Lotus Eater,” that contain relatable lyrics like, “I’m sorry I was late, I didn’t want to come (something we I’m sure we’re all guilty of thinking).” Overall, in my opinion, the song has too much of a tech vibe for my liking and I miss the catchy songs that were featured on their first album.

It’s still clear that Mark Foster is a talented artist.

There aren’t many vocalists like him. From his high notes (in the middle of “III”), to his low notes, alongside his keyboard playing, he is a force. If you ever consider seeing this band live, do it. The energy that he brings to the stage is insane and also endless. No matter what album you like more, this band honestly has something for everyone, and even if it doesn’t, it’s the type of music that grows on you and will have your head bobbing by the end.

Overall, “Sacred Hearts Club” is a decent album, but Foster the People has yet to live up to “Torches” in my opinion.