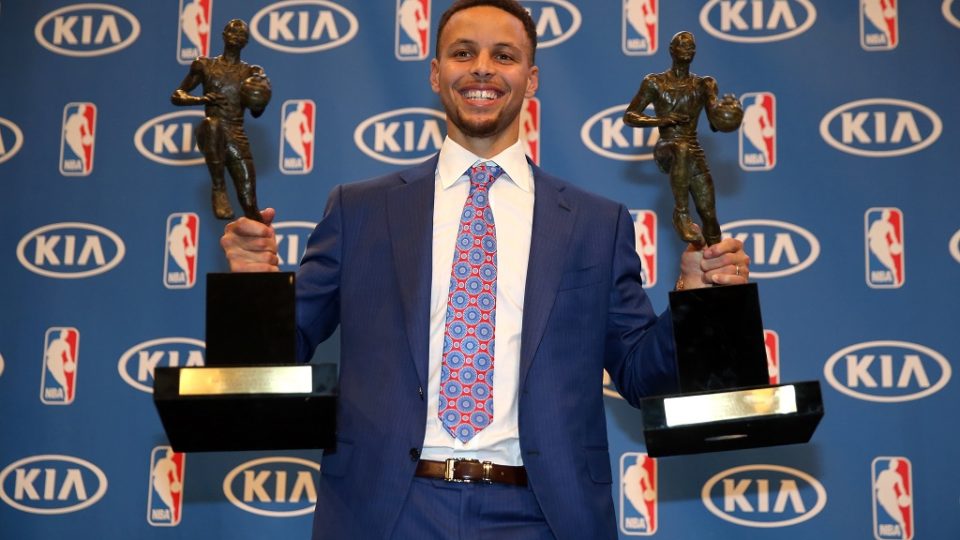 The MVP race this year has been much closer than those in past years. The season has been full of historically great ones, most notably with Russell Westbrook’s run averaging a triple-double for a whole season. The race is so tight that I will only be talking about the five front runners, but there are still a few dark horses that will go unmentioned.

What’s there left to be said about The Chosen One? He is what many believe to be the greatest basketball player in the world, but that’s not enough to win the MVP. By the numbers, LeBron has posted 26 ppg, 8 rebounds, and nearly 9 assists a night. He does all of this while managing to maintain a 54 FG%. He has a 26.6 PER, which while amazing, would be the fifth lowest of his career. What speaks more than his numbers when he’s

on the court are his numbers when he’s off it. Even though the Cavs are 0-4 when LeBron doesn’t play, he has still led them to the best record in the East.

Case Against: Other players average better numbers than LeBron, but that’s not the real concern when it comes to why LeBron shouldn’t win the MVP. The team he has around him hurts how good he is viewed. He has Kyrie Irving and Kevin Love on his team. Not to mention, who wouldn’t average 9 assists when there are 7 other  3-point shooters who hit from 38% or better from deep. LeBron is undoubtedly one of the greatest ever, but his excellent team might stop him from getting his fifth MVP.

Case For: Russell Westbrook has been on a mission ever since July Fourth. He is looking to join historic company by averaging a triple-double for an entire season with 32 ppg, 10 assists, and 10.5 rebounds. The only other player to ever accomplish this feat was Oscar Robertson. Doing all of this while having a 30.2 PER, which would be the 20th highest PER in history, makes it all the more spectacular. Having this season after losing Kevin Durant is a testament to the warrior that is Russell Westbrook.

Case Against: Trying to do so much for his team ends up hurting his team. He has averaged 5.5 turnovers per game. Even though he has a 30.2 PER, he seems inefficient with a mediocre 43% from the field and 34% from the 3-point line. The las t time a MVP was from a team that didn’t finish in the top 3 in their division is 1982 when Moses Malone won it with the fifth seeded Rockets.

Case For: James Harden has flourished in his new role as the full time PG, catapulting him into MVP talks around the league. He has helped the Rockets average the second most points in the league while averaging 29 ppg, 11 assists, and 8 rebounds. James Harden is leading the NBA in assists in his first true year of being a PG. For a player who used to sit in the shadow of Russ and KD, it may be their turn to revel in Harden’s greatness.

Case Against: Like Russell Westbrook, Harden commits a lot of turnovers with almost 6 a game. This only hurts the Rockets, but it’s necessary to have Harden handle the ball in their offense. He is also only shooting 44% on the season while more than 75 other players shoot a better percentage from the field.

Case For: After winning the past two Defensive MVP’s, Kawhi is undoubtedly one of the best defenders in the entire league. He has improved his ppg each year in the league. So far, he is averaging 26 ppg, 6 rebounds, and 2 steals a game. He may be the most complete player in the NBA right now. This was on display more than ever

when the Spurs played the Rockets most recently. Kawhi drains a 3 to put the Spurs up 2 with 25 seconds left. Next possession, Kawhi swats Harden to guarantee the victory.

Case Against: Popovich is like Bill Belichik, he always gets more credit than his players. Popovich certainly is one of the greatest coaches ever, but he will end up stealing some of Kawhi’s credit. He also does not create as much for his teammates as the other candidates. He is only averaging 3.4 assists per game. Kawhi is also on a very good team, which, like LeBron, will take away from his personal impact. A team with LaMarcus Aldridge, Tony Parker, Danny Green, Manu Ginobli and others will certainly perform well.

The NBA MVP award is tough one, because deciding which criteria to judge the award by is nearly impossible. If it should go to the best player, give it to LeBron. Want to give it to the player with the best season? Hand the award to Westbrook or Harden then. If being the best all-around player on of the best teams is looked for, then Kawhi deserves the award.