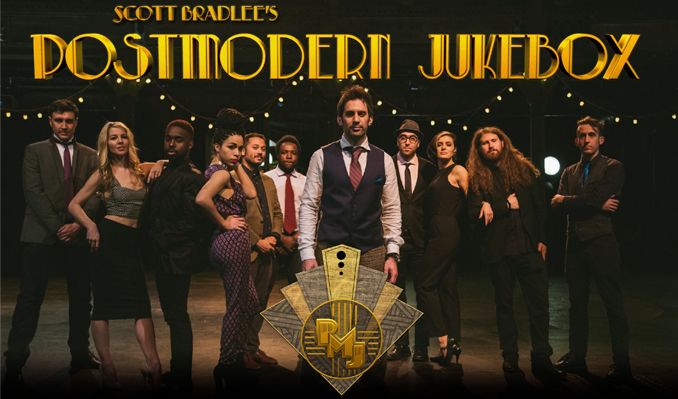 Proud band geeks everywhere, this one was for you ~

Now, don’t get me wrong, I don’t use the term “band geek” maliciously. It’s a term of pseudo-endearment that has been used for decades to categorize folks, not unlike myself, that participated in band in middle and high school. We few, we happy few. We band of brass and woodwind and percussion. For those who took the stage with me those days, under the hot lights of the under-budgeted theater were to me like family. We spent hours practicing together,  performing together, in some cases – being within close proximity to each other for hours on end. We had a bond with each other, and more importantly with the music and the instruments that we played on. We had inside jokes and sang / whistled whatever tune we were focusing on that semester.

One of the biggest gripes that we all had was the amount of non-work that we thought electronic musicians put into their music. We would joke, “Well if I knew I could make music that way I would have purchased a computer instead of an f’n tuba.” Not to say that there’s anything wrong with electronic music, it’s just there was a lack of personal-touch in it. There was a lack of humanity. For this reason, most of my friends didn’t like the modern pop stuff. We struggled to find a modern band / style that really caught our attention and kept it.

Cue Postmodern Jukebox. What was once simply a YouTube Channel with one jazzy individual doing piano covers of top 40 hits, now has exploded into a worldwide phenomena, a revitalization and reintroduction of modern music with a big band flair. After touring all around Europe, Asia and Australia, the breakaway success finally made their way to the Midwest, and boy did they bring the house down.

Hosted by Mario Jose, PMJ brought vocalists Robyn Adele Anderson, Dani Armstrong, Casey Abrams, and Brielle Von Hugel. In the band they had Nick Finzer on the trombone, Chloe Feoranzo on clarinet, alto, and vocals, Bob Hamilton on guitar, Martin Diller on drums, Chris Anderson on bass, and Logan Thomas on piano. Each of these musicians left it all on the stage and each was given ample room to shine.

Some of the covers they performed were “Call Me Maybe,” made famous by Carly Rae Jepson, “Toxic” by Britney Spears, “Grenade” by Bruno Mars, and Justin Beiber’s “Sorry.” The hours went by fast with their high energy, incredibly engaging performances. I found myself smiling the whole time, I couldn’t help it! People took to the aisles to dance, and some folks, obviously more committed fans than myself, dressed up in their 50’s best for the concert.

Not to take themselves too seriously, the group often joke around with their instruments and each other. It was all very enjoyable, and this reviewer suggests that wherever and whenever they show up next near us, that you check them out.

If you’re looking for an entertaining, electrifying show, this is the one to invest in! Kudos to the Englert for locking down this awesome set!