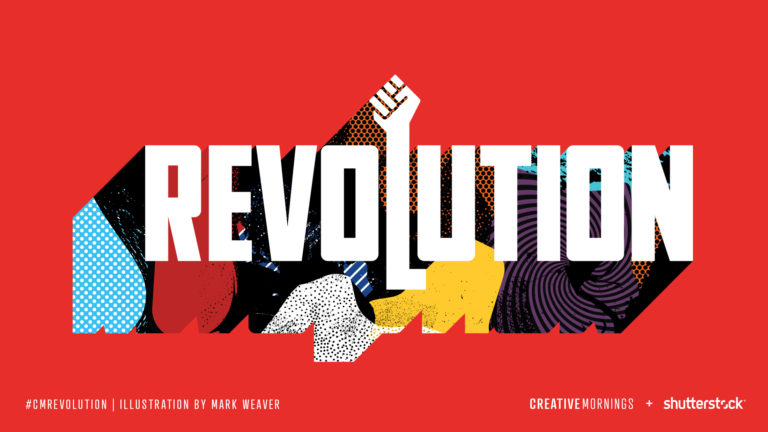 I really didn’t know what to expect as I walked into the Englert for this workshop on racial justice. I was even more surprised when I saw about 40 chairs set up on the stage; this was going to be really intimate.

The leader of the workshop, Tabitha Wiggins played Chance the Rapper and danced around the stage with a contagious smile, inviting attendees to join her up there. She looked at some of the workshop participants and asked “you don’t wanna dance?” as “No Problem” played in the background.

Although the workshop had an intense name, she seemed so carefree and happy. Maybe this surprised me because I felt nervous; I’ve had tons of negative experiences at workshops and settings like these where white liberals hijack the conversation for self-congratulatory purposes. She seemed like she was pretty confident, though. #goals.

She began the workshop by asking us to call her “Tab” since her mother calls her Tabitha when she’s in trouble. She clarified her pronouns and explained her position at the University of Iowa. At this school, she serves as the assistant director of equity and inclusion, and the project director of Being Black at Iowa.

Tab introduced the content of the workshop by explaining the importance of working together to dismantle oppressive institutions and narratives because “I can’t be free until you are free. Our liberation is interconnected.” Then she explained the main subject we’d discuss today: the ally-industrial complex.

After she discussed the commodification of social justice movements, Tab explained the important difference between an ally and an accomplice. An ally has become someone who only superficially oppose certain issues of injustice, and seek to become the heroes of the oppressed.

For allies, struggle becomes a commodity on which they can profit somehow where “allyship is a currency.” Tab brilliantly articulated, “an ally is disembodied from any real mutual understanding of support.” However, an accomplice works together with people at their sides without seeking additional “cookies.” Accomplices become complicit in the struggle without dehumanizing the people who suffer.

Before she proceeded, Tab explained that she found most of the content and framing for her workshop based on an article by an indigenous woman who did not disclose her name.

The rest of the workshop reminded me of a really substantive, illuminating and radical Buzzfeed article (which is arguably the opposite of everything Buzzfeed). Tab began to categorize the kinds of allies.

This kind of ally has romanticized notions of oppression, and treats oppressed people like victims and tokens instead of humans. They engage in things like exoticization, whitesplaining/mansplaining/etc., and other microaggressive (sometimes macroaggressive) commentary.

These kinds of people seek to impose their own agenda through acts of condescension. They attend rallies and attempt to change the focus from the group’s work to their own personal projects and their own sadness about systemic racism or something. This ally truly engages in another form of liberalism.

This ally is mostly concerned about getting “ally points” or as Tab calls them, cookies. They have no intention of actually abolishing entitlement. Tab says that “anti-oppression values are like drapes in their home.”

These people/organizations rush to the front lines of sexy movements to stay trendy and relevant. They essentially serve as missionaries with more funding, and often overlap with the savior ally. They engage in structural patronization.

These kinds of people remind me a lot of myself a while ago (and sometimes still today). These allies use a lot of academic jargon and big words to talk about issues. They use knowledge and skills to patronize people who may not use complex language to talk about oppression. Academics are “fixated on unlearning oppression” instead of dismantling it. An academic ACCOMPLICE would use their resources and betray the institutions they previously belonged to.

Gatekeepers seek to have power over others instead of with other people. They want powerful positions within organizations and make the work about their own resume-building and ego. They are known for withholding information and they have a tendency to create a dependency on themselves, such that a movement or organization lives and dies with them.

These allies familiarize themselves with the jargon and language surrounding anti-oppression, but have no meaningful dialogue about lived experiences and people who suffer from these systems. Other peoples’ oppression becomes their own personal projects. They fail to take responsibility for their own actions and are quick to be authoritarian figures about other peoples’ privilege. They dismiss confrontation and fail to see flaws in their own work.

After explaining a type of ally, Tab gave the participants some time to speak to their neighbors about experiences with these kinds of people and ways to intervene. She took a few minutes to ask people to share with the large group. The format of the workshop allowed the audience time to think for themselves and also connect with people around them.

Out of about 30 participants, only about a third were non-white passing people of color. I always feel a little disappointed when I find myself surrounded by mostly white people in a setting like that, but I have to remind myself of two things: I live in Iowa City, and white people will probably benefit from work like that.

Tab ended the workshop with ways to become an anti-colonial accomplice, but also reminded us that “no matter how free you are, we occupy indigenous land and we are still colonizers.”

Finally, Tab asked us to repeat after her as she chanted the famous Assata Shakur quote:

For more information on the ally-industrial complex, read the article from which Tab found her inspiration.