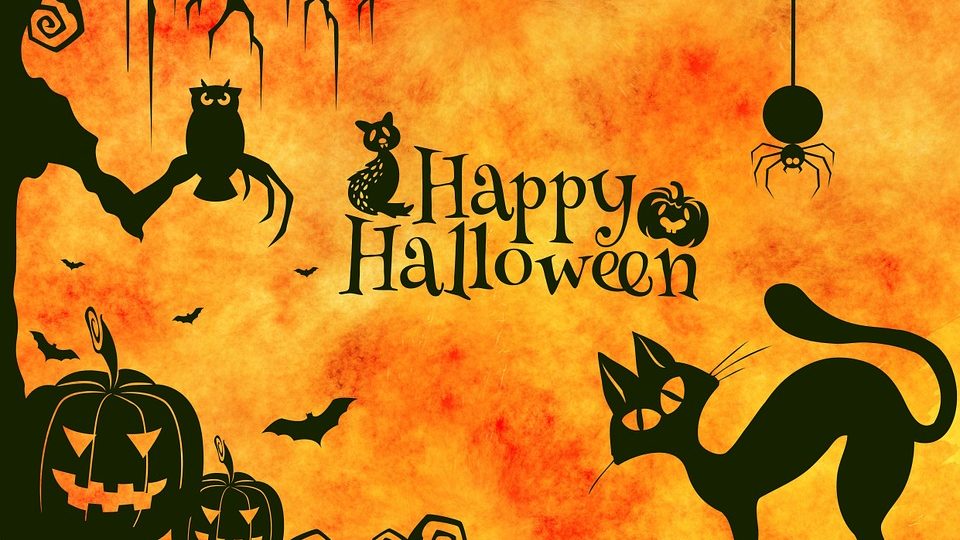 Ahh yes, it’s that spooky time of year again: crunchy orange leaves are on the ground, the air is crisp, and people are lining their yards with lights and other scary Halloween decorations (and I’m not talking about Trump or Hillary yard signs).

Scary movies? Check. Candy that you don’t plan on sharing? Check. Costume? Check. But wait, what about a Halloween Playlist?! Not to worry, I got you.

Okay, I had to. This song has been a classic spooky song since 1983. Thriller is considered a pop/post-disco/funk song. Some creepy elements of this song include a creaking door, thunder, howling dogs, and let us not forget the famous voice of Vincent Price, an American actor known for his performances in horror movies.

Monster Mash as been a “graveyard smash” for over 50 years now. This one is a cult classic, and no Halloween playlist is complete without it.

3.) This Is Halloween by Disney Characters

There’s not much to say about this one — the lyrics say it all. This classic comes from the Tim Burton’s The Nightmare Before Christmas. If you don’t bump this every year while you’re getting all jazzed up for Halloween, you’re doing it wrong.

I ain’t ‘fraid of no ghost! I guarantee if you go outside and yell “WHO YOU GONNA CALL?!”, someone will yell back “GHOSTBUSTERS!”. The Ray Parker Jr. version is definitely iconic, but some decent covers have been made by Fall Out Boy and This Wild Life.

5.) Somebody’s Watching Me by Rockwell

6.) Heathens by Twenty One Pilots

This song, released earlier in 2016 on the Suicide Squad soundtrack, is definitely one of Twenty One Pilot’s creepier songs. Lead vocalists Tyler Joseph said in an interview that he wanted the song to sound like TOP first; the themes inspired the song that now sends shivers down our spines.

7.) Mama by My Chemical Romance

Okay, was I the only person that thought this song had some creepy elements to it? Granted, I was only about 9 years old when The Black Parade came out, but with the creepy guitars and Gerard’s distinctive voice and lyrics (“Mama, we all go to hell”) I’d go as far as to say that this song would give some people the creeps.

8.) Emperor’s New Clothes by Panic! At The Disco

The song itself, off of Panic! At The Disco’s latest release Death of a Bachelor, isn’t too creepy, but watching the music video definitely sends some scary Halloween vibes. In a nutshell, lead singer Brendon Urie ends up in a stormy graveyard with dug-up skeletons where he pretty much transforms into a creepy demon. If you haven’t seen this one, you definitely need to — the cinematography and special effects used to make this are top of the line.

9.) I’m Gonna Put a Spell On You by The Hex Girls (from Scooby Doo and the Witch’s Ghost)

Growing up, I was a huge Scooby Doo fan. I have vivid memories of my sister and I jamming out to this song when we watched our VHS copy of this movie. The Hex Girls were my absolute #goals and I think I even went as the lead singer for Halloween one year. This one definitely gives me Halloween vibes from my childhood.

Check out this playlist on Spotify as well!