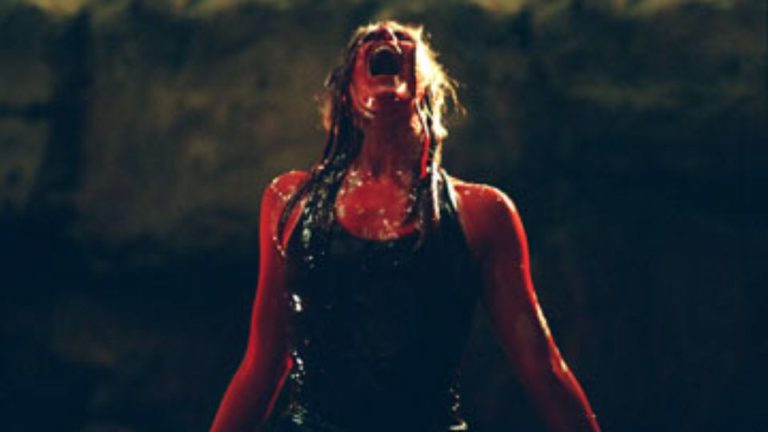 This article contains language that may be unsuitable for some readers.

As we get closer to the witching hour of October 31 (and also the Witching Hour festival in Iowa City), my search for scary movies has been ramping up. At first I was satisfied with seeking out unique horror fare that may have delivered in terms of film quality while skimping on the fright factor. Now I am looking for pure terror. What I have found does not necessarily read like a greatest hits of horror films. There is no Exorcist, Halloween, or Rosemary’s Baby.

These movies and many more have been clearly recognized as some of the scariest movies of all time largely because of their undeniable influence on the horror genre. The films I want to share with you are some slightly grittier gems. A couple are among the most well-renowned recent horror movies, but most should be an enjoyable new find for horror buffs and newbies alike.

Last Shift is a relatively standard horror film. It involves a lone female protagonist stuck in an isolated location. She is a rookie cop working the last shift of a closing police station. There is a sufficiently fleshed-out plot with a few intruiging twists and turns. Most importantly however, once the scares start coming they do not stop. At all. This is the most relentless horror movie I have seen in recent memory, which acts greatly to its benefit.

Other movies try to beat the viewer over the head with jump scares so frequent they act as more of a reflex test. Last Shift earns your attention and drains your stamina with terrifying imagery, suffocating dread, and yes, a few well-executed jump scares. Because Last Shift is so straight forward in its setup, it does not earn a spot in the pantheon of great horror films. It works amazingly however, if all you want to do is make you and your friends terrified to go to sleep after watching it.

There is a well-worn horror rule that no matter how long you keep the monster behind the door, eventually that door has to open. We humans are great at conjuring up the worst things possible in our minds, which is why films like Jaws work so well. Eventually we do have to see the shark though, or the audience loses interest.

There is one movie in recent history, however, that breaks this rule. The Blair Witch Project, the found footage masterpiece that has now spawned two “meh” sequels, was a masterclass in minimalist horror. Its power was in letting the viewer’s mind think up the most spine-tingling things possible. Seriously, the scariest image we get is a guy standing in a corner.

When The Blair Witch Project was released in 1999 it was accompanied by one of the first viral ad campaigns for a movie. The ads were launched to convince the audience that the events depicted in the film were real. Many audience members went in believing that these film students actually went missing while searching for the infamous Blair Witch. This realism serviced the film greatly and let the audience craft the horror in their mind, a feat many films still try but fail to achieve.

The VHS series has been steadily progressing through three iterations. This helps to explain how the absolute best entry of the series, Safe Haven, which is smack in the middle of VHS 2, was seemingly forgotten. The thirty minute movie follows a film crew that is documenting a modestly creepy cult located in Indonesia. I’m not sure about you, but I’ve never seen a movie featuring a cult where the whole organization didn’t go off the rails by the end. If this sounds like a familiar horror plot trope you may be asking what exactly makes this movie so fantastically frightening. First, the progression the film takes from slight unease to genuine shock to utter despair happens so rapidly that as an audience member, you barely have time to react to one event before the plot turns deeper into darkness.

Also, the segment is filled with what I call “Holy shit moments.” While not necessary to a great horror film, “Holy shit moments” are those brief scenes so gut-wrenching that it causes an almost involuntary utterance of the words “holy shit” by the viewer. Bad movies try to fake these by having characters in the film say “holy shit” to try and convince you that what you are watching is indeed crazy as hell. Great movies just show you the goods and let you react. And when a film can pump in three or more of these moments into thirty short minutes, you have something special.

Finally, my search for the most spine-tingling movies brought me back to my own history with horror, specifically when I worked at a movie theater in high school. During our breaks we were permitted to sit in on any movie we wanted, which was a boon to me as I could think of no better way to pass the time. One lunch break I decided to sit in on a movie I hadn’t heard much about: The Descent. It is safe to say that fifteen-year-old me had not yet built up the proper fright threshold for watching such a film.

The Descent follows a group of women on an expedition into a remote cave system. This setup alone could be, and has been, good enough for many different movies. The constant claustrophobia and lack of vision on the screen torment not only the characters but leave the viewer short of breath as well. If that weren’t enough, there also happens to be a race of nasty humanoid creatures that wander around in the tunnel system. The group soon realizes that the reason the cave is so isolated is because no one who had previously attempted the trek had ever escaped. The final act of the film descends deep into a gory abyss of body parts, blood, and viscera that is sure to make its mark deep in your brain.

I hope you are are as terrified of these movies as I am. If not, go find what scares you. Remember, they are just movies. Happy scary movie month!

Watch and Talk is a column about movies. Movies are not always reviewed, they are simply talked about. Watch and Talk discusses the cultural aspects and impacts that movies can have.