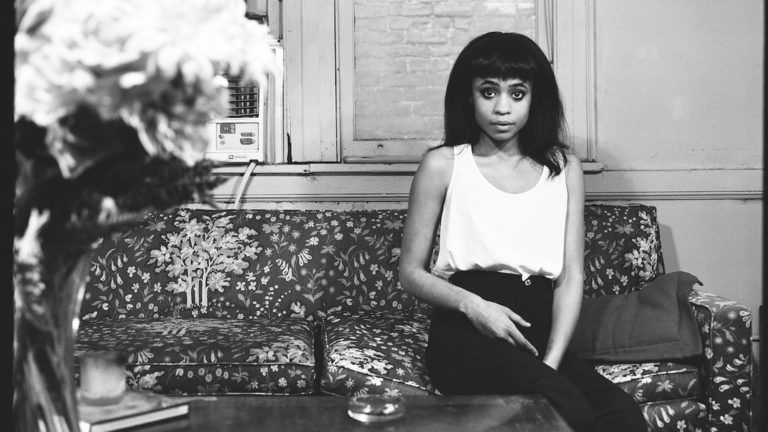 “Hello, I’m Adia Victoria, and this is my band. And we are going to sing the blues.”

Adia Victoria is a blues singer originally from South Carolina. With a turbulent childhood in the conservative and racist South, she now writes music about a variety of topics, including love, loss, and her experiences as a black woman in White America. Many songs in her setlist at the Mill on Friday night were from her first album, Blood of the Bloodhound. This is a reference to “Incidents in the Life of a Slave Girl“, a slave narrative by Harriet Jacobs that overturns the liberalist perspective of white abolitionists (read the book here). 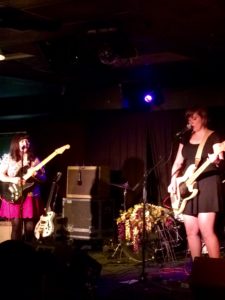 Before Victoria came on stage at the Mill, Iowa City’s Younger opened the show. A well-known local band, Younger had an interested audience and a few people dancing by the end of the set. Although there were problems with intonation throughout the show, the three-piece band played with enthusiasm and good stage presence.

However, nothing can beat the charisma of the main performer of the night, Adia Victoria. The minute she came onto the stage, she commanded the audience’s attention. She started with “Out of Love,” and everyone in her five-piece band was really engaged, and appeared comfortable performing with each other.

When she began “Howl and Shame,” the band slowed the song down to half the speed of the original recording, creating a sound like thick molasses. At that point, early on in the show, I could feel the intimacy between the performers and the audience.

Afterwards, she began “Stuck in the South” by singing the first verse a cappella. When she got to the chorus the instrumentation came in with striking intensity. The way she sang gave the song a conversational effect; when she sang the lyrics “I don’t know nothin’ bout Southern belles, but I can tell you somethin’ bout Southern hell” it really felt like she was speaking one-on-one with each audience member.

Throughout the show, Adia Victoria seemed at once very solemn and casual. She performs with so much power, it’s obvious that she takes her art seriously. Yet she is also gentle and at ease on stage. At different points in the set she would pull her braids out of a hair-tie, and then one song later put them back up. Between songs she would make little jokes or tell the audience to buy her album, commenting “My credit card machine is broken, but there is an ATM outside. And don’t tell me about ATM fees, because I vomited in a gas station parking lot in Green Bay, Wisconsin on the way here, so I did my part.”

She also made very personal comments throughout the show. Before performing “Invisible Hands” she said “My parents sent to me a good Christian school, and it fucked me up real good, so I’m gonna sing about it.” Toward the end of the show, she said that “It wasn’t until I fund the blues that I found my roots.” This gave a very vulnerable dimension to her performance. At another point in the show, she went into the crowd and sang to people standing in front of the stage.

Victoria and her band ended the show with an encore, singing “Ain’t I a Woman”, inspired by the famous speech by Sojourner Truth.

Here are upcoming shows at the Mill