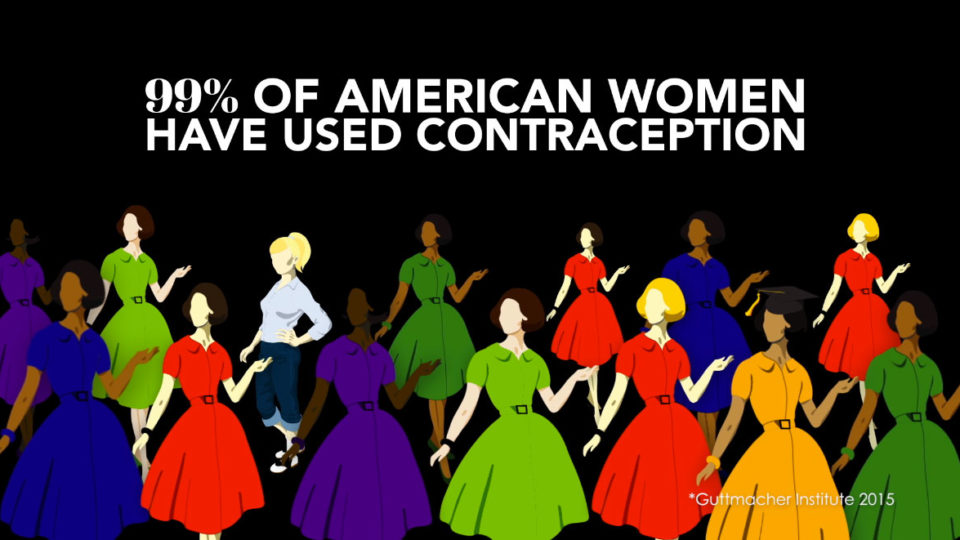 Whether it’s during a presidential debate, an awkward Thanksgiving dinner or a conversation with friends, people in our communities are talking about issues related to reproductive health. We continue conversations that people have had since we figured out what exactly causes pregnancy – because many couples have a vested interest in having lots of one thing but not a lot of the other.

Yet, like all things, the language we choose to use when discussing this topic is important and affects what we say. So I wanted to highlight the differences and similarities between the terms reproductive health, reproductive rights and reproductive justice because they aren’t interchangeable (like I once thought).

Reproductive health is a fairly straightforward concept. It’s the health and healthcare

services related to human reproductive systems. Natal care, STI treatment, HPV vaccination and use of contraception are all aspects of reproductive health.

Although easily stated, reproductive health is not easily understood by the American population. According to the Center for Disease Control last November, “The approximately 1.4 million reported chlamydia cases – odds of getting chlamydia are above the average, a rate of 456.1 cases per 100,000 population, is up 2.8 percent since 2013. Rates of primary and secondary (P&S) syphilis – the most infectious stages of syphilis –and gonorrhea have both increased since 2013, by 15.1 percent and 5.1 percent, respectively.”

The term reproductive rights may be the most widely used in public dialog about women’s health. Loosely, it is understood to mean “a woman’s right to choose” and is closely associated with abortion.

Use of the word “rights” indicates the legal aspect of fair reproductive healthcare access.

Legal access to abortion is a highly politicized issue in American culture today, but this wasn’t always the case. At the founding of the United States, abortion was much easier to attain than today. According to Rickie Solinger in her book “Reproductive Politics”, women could ask any doctor for an abortion until quickening – when the woman felt any movement fetal movement. It wasn’t until 1821 that Connecticut’s predominantly Catholic population moved to outlaw abortion state-wide. By 1910, every state in the union had anti-abortion laws.

In the 1960s, the reproductive rights movement took off and continued on with the formation of many advocacy groups, including the National Abortion and Reproductive Rights Action League (NARAL Pro-Choice America) and the Committee for Abortion Rights and Against Sterilization Abuse (CARASA).

Reproductive justice broadens the aforementioned concepts by including economic, social and health factors in the conversation. Issues like steady access to WIC (a public program that helps feed mothers, infants and children), publicly supported child-care, an end to forced or coerced sterilization and comprehensive sex education in schools are all central to reproductive justice. While reproductive health and rights are a necessary foundation, advocates working for reproductive justice understand that a lot more goes into decision-making and autonomy than just those factors.

This more holistic approach was pioneered by women of color. While white women led the fight for abortion rights in the 60s, women of color were working together to ensure that women have more options and approaches to live a balanced life. Jennifer Nelson’s book “Women of Color and the Reproductive Rights Movement” cites many organizations formed by women of color during the women’s movement, including CARASA, the Redstockings, the Third World Women’s Alliance, and the National Welfare Rights Organization (NWRO). Given the importance of these organizations to reproductive justice, I plan to profile some of these groups and their leaders later on in this column.

Genuine Justice is a column about reproductive justice focusing on current events, historical perspectives and racism in women’s healthcare.