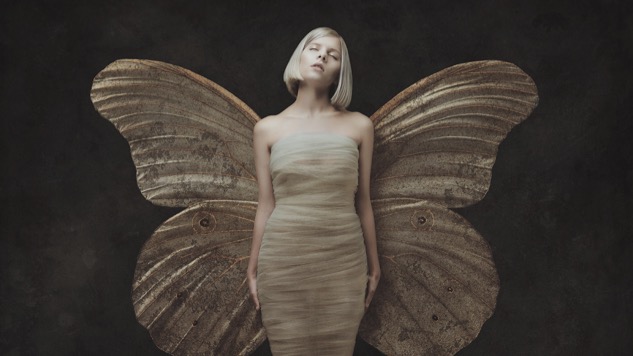 With her tiny stature, icy-blonde bobbed hair, and blues eyes the size of a child’s wonder of the galaxy, it is difficult to not mistake AURORA for some ethereal woodland fairy queen. The analogy of an “ethereal woodland fairy queen” may get thrown around gratingly too often, at least on Tumblr, but even beyond just her appearance, the Norway native’s voice and uniquely expressive performance style is so enchanting you might catch yourself forgetting that AURORA is, in fact, as human as the rest of us (I think).

The 19 year old singer, full name Aurora Aksnes (I mean, come on, even her name is fitting for a mystical being), released her first full-length album on March 11 of this year titled All My Demons Greeting Me As A Friend. The surprisingly darkly named album has a track list numbering 17 songs, making it a pretty hefty debut album. However, despite the length AURORA carries it magically.

Since the track list is so long, I decided to break the album down into 3 different playlist categories: Confronting Your Demons, Rainy Days in the Nordic Woodlands, and Adventure Songs.

Considering the album title is literally about greeting your demons, it is not really surprising the Confronting Your Demons playlist is the longest; but it does only beat Rainy Days in the Nordic Woodlands by one song. All of AURORA’s darkest songs from lyrics to overall sound were sorted into this playlist.

#3: Running With The Wolves

Rainy Days in the Nordic Woodlands

These are all songs from the album that I feel like could just naturally be playing from the forests of Norway. Think foggy skies, mist-darkened towering trees, and moss-covered feet. Of course, some of the songs are darker than others, but what’s a walk in the woods without the eerie feeling of not being completely alone?

#7: Through The Eyes Of A Child

The tracks on this playlist are a bit varied, and the adventure ranges anywhere from exciting journeys to new lands, to solemn Lord of the Rings-style missions.

If you want to listen to the album in its entirety you can check it out below, otherwise you can find it on iTunes. Be sure to check out AURORA’s site for any updates!