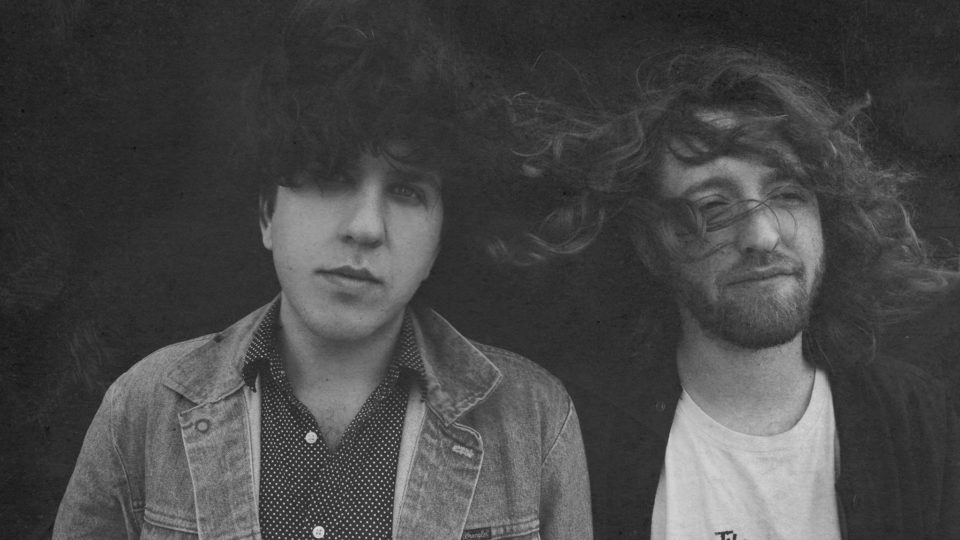 Straight out of Philadelphia, Lithuania is a infectious band that will hook you with their punk-infused debut album Hardcore Friends. The bands leading members, Dominic Angelella and Eric Slick, have been friends for over a decade when they formed this glorious band in 2005. They toured a couple times and released one EP called ‘Heavy Hands’, and after a brief hiatus when the members worked on other projects, they are now back with a vengeance.

The album gets off to a running start with its first track, ‘God in Two Persons.’ It is such a well written song, as are all the rest of the songs on this album. It is very fast paced with a catchy chorus and joyoussound to get you hooked from the beginning. ‘2009’ is a perfect example of Lithuania’s unique garage band type sound. They keep it going with even more smart lyrics, rolling drums, buzzing guitars and another infectious chorus. The least exciting track would have to be ‘Pieces,’ it was just very generic, repetitive but still has a nice grungy sound. ‘I Wanna Drink Poison’ is much slower, and less intense compared to the rest of the album but it is a nice change of pace from the other fast paced tracks and was much needed toward the middle of the album. The track starts off with a nice, slow intro but gradually burns into a raging fire. Lithuania was very smart when they decided to place their more lethargic songs in the middle of the other tracks as they did with ‘Coronation Day.’ This acoustic piece had a beautiful sound that makes you want to jam along with them.

The pace picks back up again with the second half of the album starting with ‘Deaf Gene’ and its raging lyrics and very catchy chorus. I am almost positive I may have stumbled upon my theme song when I first heard ‘Clumsy and Forgotten’ (pun intended). The lyric “I just want to sleep the day away, say that I feel rotten” perfectly describes anyone that is like me and wants to do nothing but lay in bed 99.9% of the time. ‘Places of Tomorrow’ is full of catchy chords, more rolling drums and is pretty similar to most of the other songs.

Lithuania is great at coming up with infectious choruses that grab the listeners attention, especially in ‘Questions’. The vocals are very clean but still have enough hardcore screams to keep their edgy sound. Lastly there is ‘Hardcore Friends’ a perfect closing number for this fantastic album. It is full of relatable lyrics and yet another catchy chorus that ends the album on a great note.

Overall this was an awesome album and I would recommend it to anybody. Lithuania’s memorable lyrics will be etched into your brain for days, even weeks after you give it a listen. I give it a ten out of ten, you have to hear it for yourself.