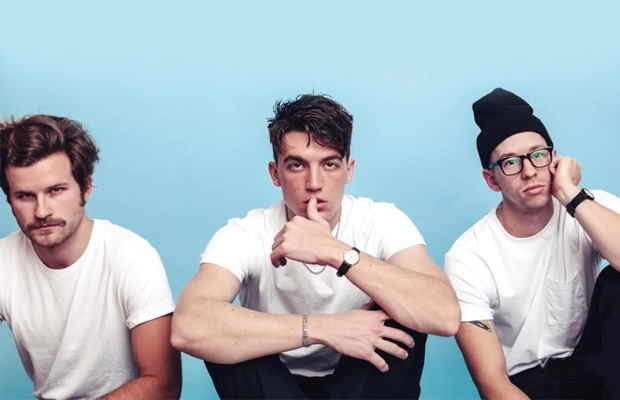 Minimalism seems to be the name of the game with this Nashville-based trio. LANY (used to represent the spread across the country from L.A. to New York, but pronounced lay-nee) is a band intent on bringing a unique, individualistic sound to the music scene within the past few years. Their debut release on December 11th of this year, the EP Make Out, struts their moderately mellow vibe accompanied by lyrics subtly meant to impress.

Track 1: ILYSB
“Mad cool in all my clothes; Mad warm when you get close… To me…”

Other than the band’s own name, this is the first of several acronyms present on this EP and LANY’s previously released singles. Standing for “I love you so bad,” this featured starter track is the perfect lead into the EP’s laidback tone. Introducing the minimalistic characteristics in musical style, their beats and rhythms are simple, and serve as a steady, reliable backbone for a fullness they achieve lyrically. This song’s sick-in-love theme is heavy in various degrees of emotional tone that any artist strives for.

A definite standout feature of this EP is it’s second track, the smoothest and most delicately beautiful of the six. This tune’s simplicity is empowering, a song emphasizing the misfortune of being so capable of walking away from love. It’s a song made for slow dancing in the kitchen at midnight. Where repetition as prominent as this song’s comes off as monotonous in most cases, the lack of variation in lyrics makes the desperation to hang on to love striking.

Track 3: Bad, Bad, Bad
“Started in my car, we might’ve gone too far; But we were down to make mistakes.”

Maintaining the theme of love songs, this is the most techno-sounding of the batch. There is a more robotic feel to this track. Where there was something to be gained in the repetition in “Walk Away,” the instrumentals here are playing up their simplicity by keeping the beat on the verge of becoming boring. But regardless of the comparatively less-attractive beat, LANY continues to deliver quality content in terms of lyrics—a quotable song about lovers engaging in rebellion.

Track 4: Made In Hollywood
“It’s just a matter of time until we run this town.”

Once again the band’s unique sound leaves it descriptively incomparable to any other artist in mind. This track expresses the carefree ideals of taking on the world beside someone you’re young in love with. One of the catchiest songs on the EP, I can sense this as a potential to be a fan and band favorite during live LANY shows. It provokes a desirable urge of communal outcry in the chorus.

Nearing the end of this EP is the duo track “BRB/Kiss,” which is essentially the sexier-sounding tune, looking back. Obvious or not, this acronymic title stands for “be right back,” harking on defiant emotional dependence. The song pays homage to the band’s name and message of a cross-country envelopment. This continuing love story has a smooth backbeat, transitioning into the second part of the song, a quicker tempo retaliation of “you’re gonna miss this.”

Finally, this EP wraps itself back to the beginning, rejuvenating a new feel to a song we have already heard. Essentially, this stripped down version of the leading track adds an incredible dynamic to the EP. In obvious ways, it brings the collection of songs full circle thematically. This song reminds listeners of the dramatic depths their theme of love has dipped into. Overall, it stresses that—in LANY’s case—less is so much more.

Listen to ILYSB below, and Make Out EP on Spotify.