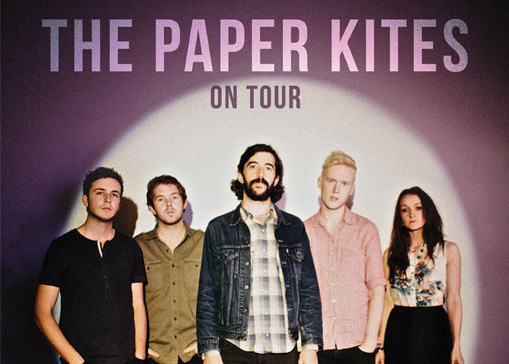 The Paper Kites are an indie-rock folk band that originated from Australia. They began in 2010 and there are five members who each do a different role. The album, “twelvefour,” came out just recently and it was a highly anticipated release. The album name came about because the band stayed up and wrote all 10 of these songs from 12 a.m. until 4 a.m.

Below is my take on each of the songs off the album.

Electric Indigo: I was super down for this song. It starts off with a super calm and steady beat, and then they start singing. When the singing and the beat overlap, it really is something else. The layers of vocals and instruments in this song are awesome.

Renegade: This song is also amazing. You can hear more vocals in this song, but the beat and instruments are still very much there. Also, the lyrics are very relatable to many people. It’s kinda a sad song and that becomes very apparent in the beginning of the song.

Bleed Confusion: The music in this song is so good, but I hated the vocals. It wasn’t so much the lyrics, but they weren’t singing; it was more like he was talking overtop of the music. I wasn’t a fan of that.

Relevator Eyes: This was an okay song. I thought that the beat was way too fast for the tempo that was being sung, although it did end up flowing together. I also feel like toward the end the music just keeps dragging on with no lyrics and really no point.

Neon Crimson: I like how this song starts out different than the rest. It starts off very slow and low, and then gradually picks up. The lyrics along with he music bring about a calming aura when you listen to this song. It’s very relaxing.

I’m Lying to You Cause I’m Lost: I’m not really a fan of this song. I feel like the instrumentals overpower the lyrics way too much for it to be enjoyable.

A Silent Cause: This song is super different from the rest of the album. It’s very simple compared to the other songs that have more layered instrumentals. I love it. The lyrics are very nice to listen to and they have a good rhythm to them.

Woke Up from a Dream: This song makes me wanna bob my head and sing even though I don’t know the lyrics. It’s a very upbeat song that makes you want to be happy. The rhythm of the lyrics goes along so well with the instrumentals. It’s pretty great.

Turns Within Me, Turns Without Me: This song reminds me of a song I would hear in a coffee shop. It’s very calming. The instruments are in the background but still a main part of this song, especially at intervals when there are no lyrics, just calming music.

Too Late: This song would be the perfect slow dance song. A little depressing, but still good. It makes me want to be sad while I listen to it. It’s pretty good, the only issue is that it’s 6 minutes long. Yes, 6 whole minutes for one song.

Overall this album was definitely not a disappointment. It lived up to the anticipation and was very creative for being done in four hours in the middle of the night. With the release of the album, the band also announced that they are going on tour. It started on November 12 in Los Angeles and will end on December 8 in New York City.