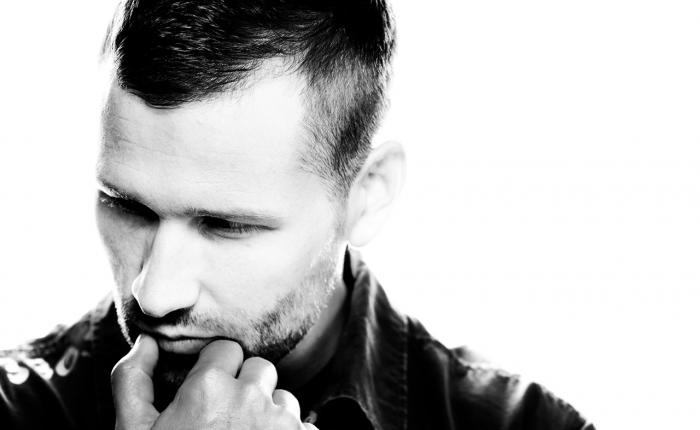 Ryan Gary Raddon, better known as Kaskade, began his DJ career in his dorm room at Brigham Young University in 1989. It’s safe to say that Kaskade’s record as a musician has advanced enormously since then. His ninth studio album, entitled Automatic, was dropped on September 25, 2015, and is an excellent look into the electronic dance music scene.

Automatic is a joint project– Kaskade utilizes the assistance of numerous vocal artists throughout the album. The record as a whole is less of a DJ debut and more of a sustained collaboration. The up-and-coming DJ focuses mainly on working to provide a solid beat base for other artists to build upon, though he does come through vocally on the opening track, “We Don’t Stop.”

“We Don’t Stop” is a stereotypical Kaskade song, formed by a slow build and gentle layering into an intense dance piece. The easy addition of different instrumentals gives this track a cool feel as it crescendoes. This is a song that should be played towards the end of a drunken house party. Definitely don’t play it at the beginning of your kegger– the track is too mellow overall– but go ahead and play it towards the end.

The second piece on this record is titled “Us” and is a joint track between Kaskade and CID. The song begins with laid-back female vocals and quickly launches into a synthesized chorus with strong electronic elements. This piece is nice, but it lacks the exciting spark of some on the album.

“Mercy” is the third track on Automatic and collaborates with the talent of Galantis. This track doesn’t particularly stand out– it holds all of the standard EDM devices but can’t be called revolutionary or inventive.

“Tear Down These Walls” strongly features Tamra Keenan straight from the get go. Kaskade’s sick mixes back up Keenan’s cries for us to “tear down these walls,” and honestly, this juxtaposition of slight soul and electronic beats could probably convince the average person to tear down just about anything.

“Phoenix” is the slow jam of this album. At least, as slow as you can get on an EDM album. This track demonstrates the vocal prowess of Sasha Sloan. Kaskade provides a substantial base for Sloan to work her vocal magic upon, using a lot of base in the beginning. The backgrounds build, until a stunning moment when all instrumentals fade to mere finger snaps. This moment is pretty ethereal as light vocals are combined with the simple flicking of hand extremities.

Kaskade really excels in “Disarm You,” the sixth track of the record, with the help of Ilsey. The slow build to an exciting peak is prevalent in this piece. Ilsey’s vocals are simple and easy, yet have a certain intensity. This song is something to play at the beginning of your drunken house party.

“Never Sleep Alone” is a track made possible by Tess Comrie. Comrie’s vocals are what hold the song together, and while she gives an interesting vibe to the track, “Never Sleep Alone” comes off as too repetitive. The same three words are repeated throughout the piece, followed by the same continuing electronic riff. Repetition of an idea is usually very useful in EDM, but in this instance it is simply too much.

Estelle is featured in the eighth track, “Day Trippin’.” You heard it– ESTELLE. “Day Trippin'” flips back and forth between some cool piano vibes and Kaskade’s signature electronic beat. The instrumentals are solid, of course the vocals are solid (its ESTELLE), and this track is a winner.

Scott Shepard sings his heart out in “Breaking Up,” a pretty sad EDM jam, and the tenth track on Automatic. The starting style of the song is extremely contrasting to typical electronic music. It’s a little too slow and mellow to be considered for your house party playlist. “Breaking Up” is a decent song in itself, but as one-fourteenth of Automatic, it doesn’t mesh with the rest of the album.

“A Little More” is a tri-collab with Swedish DJ John Dahlbäck and vocalist Sansa. The work of these two contributing artists obviously improves the track. The melodies leading up to the drop are exciting, the drop is great, and Sansa’s vocals in the lower intensity portions are spot on.

“Papercuts” (a joint project with Two Nations) lies on the foundation of a really solid baseline. The vocals are nice, and the mixes are fine, but the baseline is really the only striking feature of this track. “Papercuts” comes off as lackluster in comparison to other songs on the album.

Tamra Keenan makes a reappearance in “Where Are You Now,” the thirteenth track of the record. Once again, Keenan doesn’t disappoint. It seems that Keenan and Kaskade could be the perfect mix. Keenan’s stunning and soulful voice directly contrast with the electronic beats that Kaskade brings to the table, providing an intriguing blend of genuine and synthetic sound. While this track is a bit slower, Keenan’s vocals make up for it.

“Whatever” is the final track on Automatic and features KOLAJ. This song is an excellent choice for the summation of the album. It combines all of the elements that we’ve previously been exposed to– strong vocal components, a solid mix of electronic melodies, and an impenetrable foundation of base. “Whatever” is another clear winner on Automatic, and the best decision for the conclusion of the record.

As a cohesive whole, Automatic is a collection of tracks that are very similar in nature. Each song is a collection of the same elements, and while all of the individual songs have interesting qualities, they do not differ enough to call this album inventive. If it were not for the additions that Kaskade’s featured artists make to each track, the fourteen tracks would blend together almost completely.

While Automatic isn’t particularly artful or innovative, it is fun to listen to (and probably play at your kegger). Kaskade’s continued passion for electronic dance music is something to be attested to.