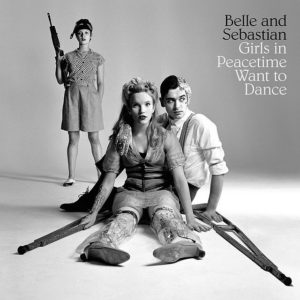 This week’s Track of the Week comes from the Scottish group Belle and Sebastian‘s upcoming album, Girls in Peacetime Want to Dance.

“Nobody’s Empire” is the second single off their first album in four years, and is an instant Belle and Sebastian classic. With the twee-folk sound the band is known for, singer Stuart Murdoch sings about his childhood, family, and relationships. Murdoch has even called the song “the most personal I’ve ever written.”

Girls in Peacetime Want to Dance was released on January 20th. Check out the artwork for the album above, and learn more at their website. You can also watch the video for “Nobody’s Empire” below.