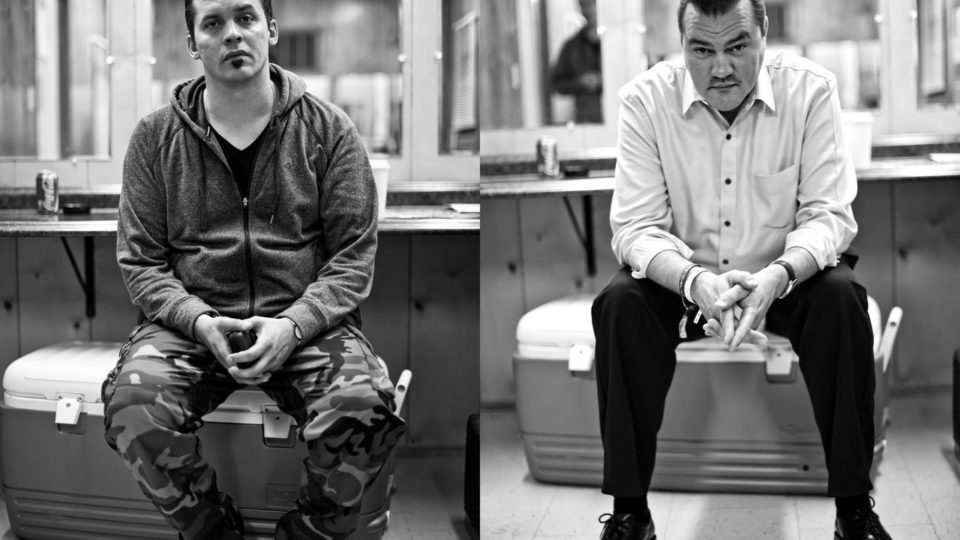 Making their second stop on the North of Hell Tour, Atmosphere will be playing at Blue Moose Tap House on Sunday, November 2.

Rhymesayers Entertainment’s poster boys, Ant & Slug are bringing their soulful production and provocative storytelling to Iowa City. Arguably the most influential independent Hip Hop label in the business, Rhymesayers’ second offering ever was Atmosphere’s Overcast in 1997. Now considered a classic of the genre, the duo has released a combined eight studio albums and nine EPs. Most recently the duo released their album Southsiders in May of 2014.

On Southsiders, rapper Slug and producer Ant speak to the monotonous and dejected society they trudge through daily. Their hallmarked northwest hip hop sound is consistent throughout the record, utilizing soft rock and electronic sounds, with heavy jazz influences—most noticeably on the track “Arthur’s Song.” Expect much of the same Sunday night.

Dem Atlas, Prof, & DJ Fundo are touring as support acts on the North of Hell Tour.

Tickets are on sale now at Blue Moose Tap House or on Ticketfly.