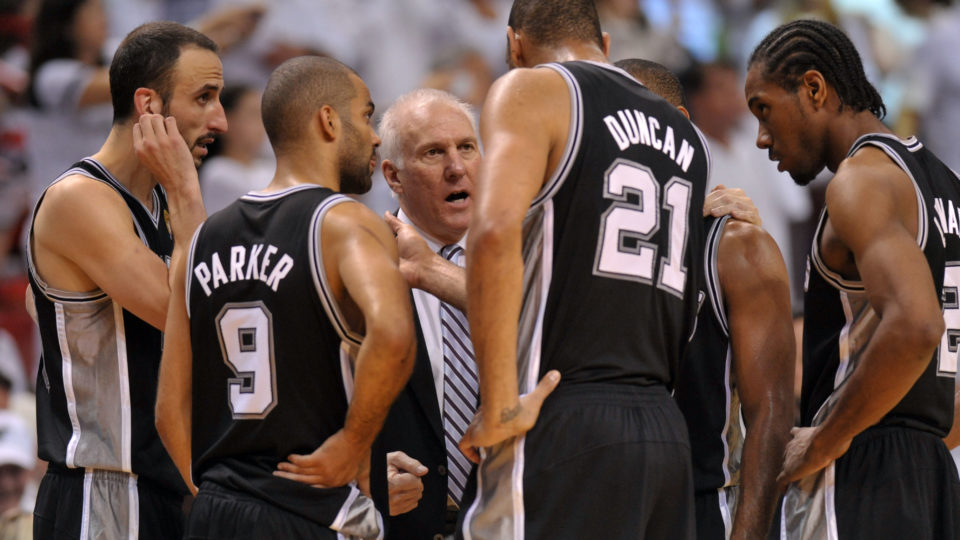 Along with some new players, there will also be some noticeable differences in this series compared to last year.

First and likely the most important, the Spurs have home-court advantage unlike last season. This means if there is a game seven, it will be in San Antonio.

Second, the format of the series has changed to be just like any other NBA playoff series. The format in the first three rounds is 2-2-1-1-1, while the NBA Finals has been 2-3-2 for many years. Now it is 2-2-1-1-1 all across the board, which is a good move in my opinion. No team should have both the sixth AND seventh games of the NBA Finals in their home arena.

The old format really hurt the Spurs last season in the Finals. Up 3-2 in the series going to Miami, they had to win at least one of the last two at American Airlines Arena. Now this year they will not have to worry about potentially winning Game 6 OR Game 7 in Miami.

Here are some keys for Gregg Popovich and friends to win another championship:

Parker missed the entire second half and overtime of the Spurs’ series clinching win against the Oklahoma City Thunder in the Western Conference Finals with an ankle sprain. He is going to have be at the top of his game for the Spurs to have any chance of dethroning the defending champs.

The Spurs are at their best when they are out in transition and getting shots in the paint. If they are converting high percentage shots at a high volume, this team is very tough to beat.  All the games off and limiting minutes during the regular season for Tony Parker, Tim Duncan, and Manu Ginobili have paid dividends for the Spurs, and now they should have plenty in the tank as they prepare for battle against Miami. There has been five days in between games for the Spurs, so everyone should be fully rested and raring to go.

San Antonio is much deeper than Miami. They have guys like Danny Green, Kawhi Leonard, and Tiago Splitter who the Spurs can turn to for production along with their big three. Miami has vastly fewer options than the Spurs, as they rely on their big three of LeBron James, Chris Bosh, and Dwayne Wade for the majority of their production.

Ultimately, I think the Spurs will win their fifth NBA championship in the Gregg Popovich in seven games. This series will be just as exciting and thrilling as last year. The Spurs will not let this title slip through their grasps as they did the last one. The fact that Game 7 will be in San Antonio also helps their chances to outlast Miami. Buckle up! It is going to be a wild ride!