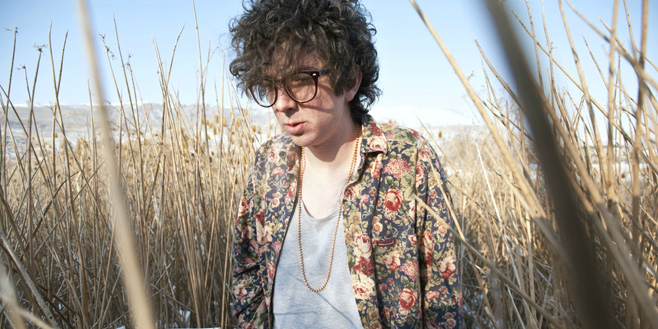 A Walk Through Wondrous Bughouse

This lo-fi, noise-pop album created by Idaho native Trevor Powers is a note-packed compilation of eerie ambiguity and luminous nostalgia. Within its oscillating intonations, it creates a confusingly pleasant atmosphere of sound. Its atonal note pattern is matched with seemingly perfect psychedelic reverbs, which elevate its songs to a powerful euphoric experience.

The first track, “Through Mind and Back,” settles you deep into a world of unknowns. Powers alludes to a foreign, parallel realm where all previously held notions of modern sonic revelations are completely obsolete. He has created his own universe within this album, and this piece slowly gestures you into its grandiose landscape.

After being thrown into “Mute,” the listener begins to understand the vast phenomenal field Powers has built from the ground up. His echoic voice, nasally and child-like in nature, battles an evil construct, and his dualist mindset has nowhere to go but deeper into its own self-referential conscience. The album seems to open hidden doors and bring the listener somewhere completely new. “Attic Door” coincides with this idea as its waltz beat lulls the listener farther into Wondrous Bughouse. “You can trust me like you would trust your own brother. Maybe even better,” claims Powers.

“The Bath” opens with the sound of a microphone going underwater, continuing on with various sonar sounds. His words are lost in a sea of sound and you gently float to the unheard maniacal lyrics until smooth guitar riffs wash over the naturalistic soundscape and resolve into a dizzying tone, where the more audible, “Pelican Man” comes to light. This song, the most uplifting and progressive on the album, builds on itself until it erupts into an audacious statement of existence. It continues on in a downward spiral of repeating tones prior to the solidified structure of “Dropla.”

“You’ll never die,” repeats Powers, ingraining the nonsensical mantra until you believe him. His surrealist parables seem like fairy-tales, but they emit a sense of nostalgia and simultaneously break new ground. The dreamland continues through the scary mansion-horror sound of “Sleep Paralysis.” It eventually blends into a semi-sadistic lullaby- something of nightmares or drug-induced psychosis.

“Third Dystopia” sheds some light and allows you to climb back into the comfortable cradle of his harmonic melodies- something more reminiscent of his debut album Year of Hibernation. It aesthetically decays into the track “Raspberry Cake,” a sullen realization of the frailty within us all, but instead of whining, it celebrates the conceptual oneness and breaks down into an emotional triage of piano and live drums. The awesome melodies fade into the final track, “Daisyphobia,” an auditory experimental of grand illusion. The illusion seems endless until the recognition of Powers’s final melody rests with us in his infallible piano waltz.

Wondrous Bughouse holds your brain captive as it transforms highs into lows and recognizable sounds into sonic dissonance, while tackling stories of mortality and happiness. It takes the mind on a journey through the introspective experience of our own consciousness. The music is said to stem from the drawing on the cover and inside the album (they were taken from a psychiatric hospital), and translated into the beautifully convoluted sound heard on this dense, yet tranquilly congruent album.