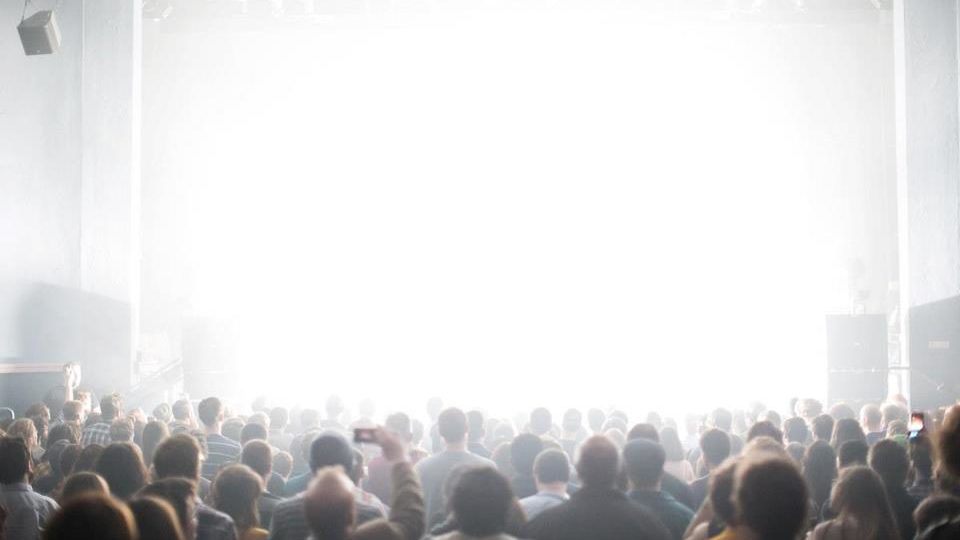 Bill Adams was invited to photograph at last year’s Mission Creek Festival with the freedom to shoot where ever and how ever he pleased. This year, the festival was fortunate enough to include a portion of what he captured.

The exhibit was on display Saturday afternoon at Motley Cow Café.

Bill’s photos are probably not what you expect when you initially think of concert photography. He says that “performers onstage are already being photographed, and the resulting images feel flat or empty. So I look elsewhere, both onstage and in the audience.” This concept has developed (no pun intended) into a collection of incredible masterpieces.

This unique approach sets his art apart from most concert photographs you normally see, (mine included). While other’s focus on the main event, he finds his subjects within the obscurity of the masses.

Almost the entire collection includes moments from various performances, however only a few capture the performers themselves. A lot of images detail extremely intimate moments between friends, lovers, and strangers who are experiencing the festival together.

One particularly striking image is of a couple sitting on a bench, inside the venue for Future Rock. Her hands cover her face as her head rests in her friends lap; he comforts her. This split second appears completely unnoticed by the people around them, but Bill is able to place us in this window of time to expose us (pun intended) to such a powerfully emotional experience.

Even when he does capture the bands themselves, it is in atypical fashion. For example at the Grizzly Bear show he archetypes a faded contrast of concert goers who appear to be staring into a blinding white light that is the Englert Theatre stage. While those attending the show are seeing the performance, through his use of light exposure, Bill is able to create a perspective that one might not get taking an ordinary photo of a band onstage.

Whether you, yourself are a photographer or someone who just enjoys looking at photographs, there is something we can all take away from this exhibit: Sometimes the spotlight shines on those who dwell in the shadows.

You can check out Bill Adam’s full gallery here.