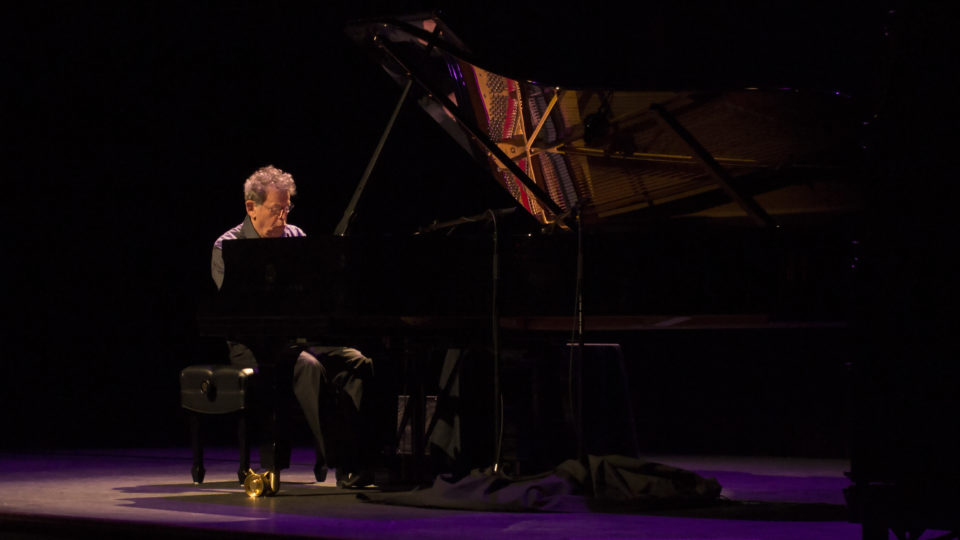 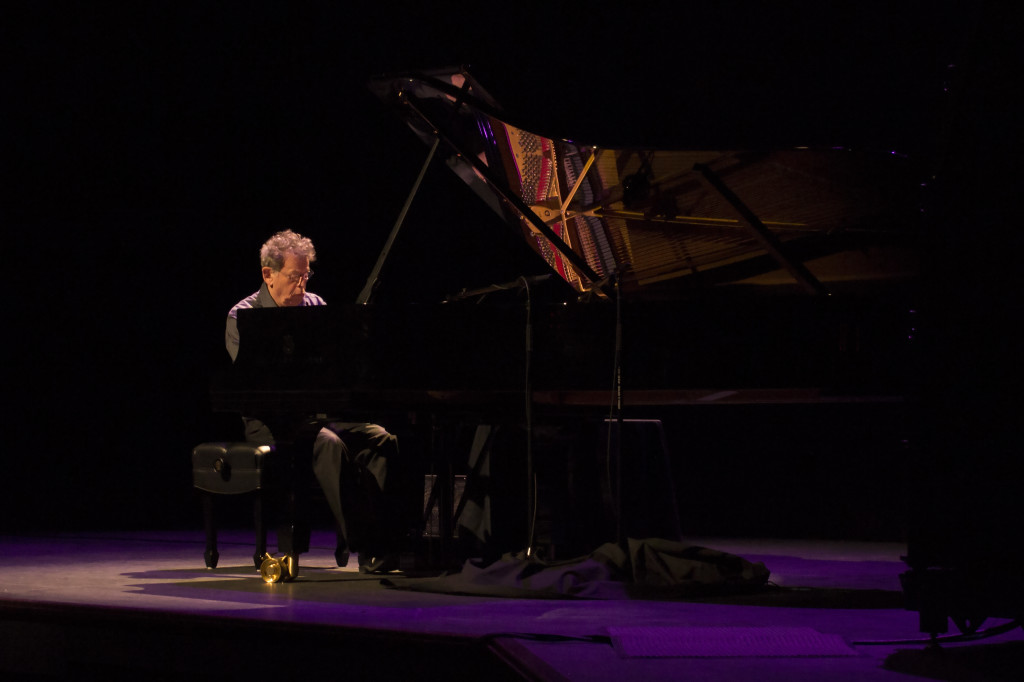 Being lost in an endless landscape of sound is not something that happens often, and when it does, it begs attention and drives an intense focus on the present moment. This is something that both Philip Glass and Oneohtrix Point Never have acquired: a foreign sonic atmosphere.

Oneohtrix Point Never immediately conquered the stage with his unrelenting electronic vibe. His deep bass and repeating tonal patterns slowly pushed the mind into a relapse of personal memory. The ambient crackles that began his concert faded into omniscient voices, doubling in complexity as more sounds compiled into a never-ending supply of tonal forms. This particle field, dense and cloud-like, dissipated into dark pulsars of energy, and shook the human cerebral fabrication until the aura pronounced a pleasantly neoteric landscape. This solitary assessment of physical and auditory senses is truly something that must be experienced.

The universe of resonation that Oneohtrix Point Never creates is absolute and limitless. Almost so much so that it seems like mental preparation is a necessity for his vast and objective realm. His music seems to stem from another world, another beautiful unseen world. He often throws the listener into another dimension, but is gracious enough to allow a peaceful and grounding exit from each domain.

The crowd, at the peak of sonic disambiguation, would shout as if to affirm this sensorial plane. Something real was being created. The orbit of sonic wavelengths, parallel to our existence, would formulate into a triage of sound, constantly increasing in depth. The monumental concepts being portrayed only get more intense as you focus into the menagerie of inflections and nuanced reverberations. This alien expanse sometimes ended at the blink of an eye, along with all sound, and other times, it was slowly lost to silence. His music speaks in multiplicity. The colossal structures Oneohtrix Point Never creates are inarguably epic. He is nothing less than a prodigy of ambience and eclecticism.

Philip Glass, a man whose work has been shaped through decades of experience, considers himself a classicist. Using only a grand piano, he evolves his work through the repetition of sound, striking keys lightly, again and again until the air is filled with delicate structures. These elegant qualities created a polyphonic tone in which his graceful motion and careful surveillance of the keys added to the story of his sound.

Glass seemed timid at times, and would then erupt into an intense set of married pitches. His notes orchestrate a quintessential tale of emotion, often surprising the audience with a low tone or chord, and his quick movements across the piano. When the listener accepts these surprises, they become tame and pleasant. Conflict often arises between notes, symbolizing a higher struggle, a complex melancholia, only to reach an inevitable and charitable resolution. Glass makes it look simple. His movements narrate a life full of sentiment and unexpected sensation, which seems to cleanse consciousness, if only for a brief moment.

His advantageous continuity and adverse progression is worth recognition alone. Glass often settles into a few keys, experimenting with their sound, and when he finally hears what he has been waiting for, he moves on. It is a constant correspondence. His pieces are specific in this nature, yet they seem infinite in their expansion. Glass’s grandiose visions are wondrous and spectacular, depicting the patterns and feelings of everyday life, while still achieving a sense of timeless beauty.

Both of these artists force introspection and narrate the present moment into a reflection of associations only actualized by a listener’s intrinsic experience. They created a sonic aesthetic, which guiding the crowd through a journey of god-like spendor. Their ideal nature and boundless soundscape showed the listener the wonder and mystery of experience, and life altogether.