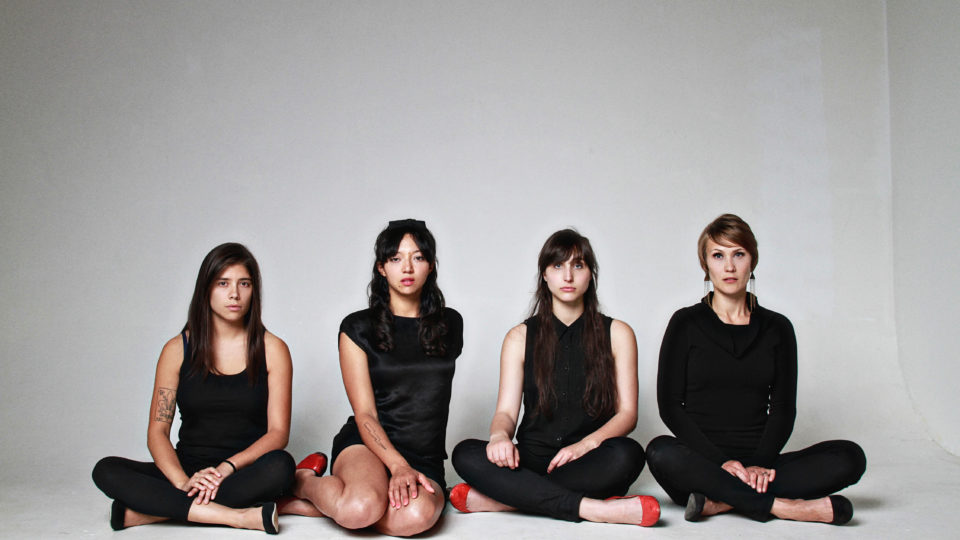 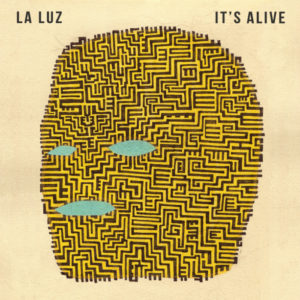 The album is a well-blended mix of surf and classic rock, with a 60’s pop overtone that will inevitably make you sway to each bop-bop and oo-wa-oo.  Tracks like “Big Big Blood” and “Pink Slime” seem to belong to an era of pastel dresses and high necklines, and to a band who opens the Ed Sullivan Show next to the Beach Boys.

But most enthralling are the quartet’s haunting voices that do not attempt anything fancy – no trills, no runs, no vibrato –  just pure and prolonged notes.  The band occasionally pairs its simple and innocent harmonies with an organ, as in the album’s first track, “Sure as Spring,” that emphasizes the haunting, slightly-creepy quality of each track.

Other songs like “Sunstroke,” “Phantom Feelings,” and the beginning of “Morning High” have no vocals at all, but drum solos and bass melodies akin to the Surfari’s famous B-side, “Wipe Out.”  They sound like crowded beaches and big waves, sunglasses and surfboards.

Every track has an infectious sway to it. Even La Luz’s slow jams are dance-able. The album’s second song, “All the Time,” has slow guitar and vocals, but a rolling drum part that carries the beat.  “What Good Am I?,” a reflective and slightly melancholy track, features a lilting bass guitar and vocal melody that move the song and the listener.

My favorite song on the album, “Call Me in the Day,” is the perfect balance of all things La Luz: a simple and haunting melody, catchy bop-bop counterpart, eerie organ accompaniment, and beach-reminiscent bass guitar solo.

“It’s Alive,” the album title track, is a somewhat-frightening depiction of unexpectedly coming across something human, laying still in the dark.

The album ends with “You Never Can Know,” a slow but catchy track with an unusual harmony that ponders what happens after “it” ceases to be alive.

Check out “Call Me in the Day” by La Luz:

If you like what you hear, buy the album on iTunes!