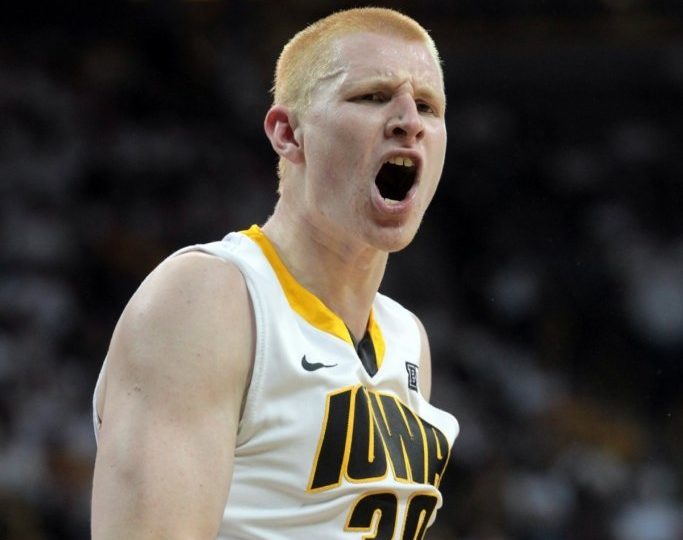 It wasn’t pretty, but the Iowa Hawkeyes were able to pull out a victory, 83-75, on Sunday evening against a very scrappy Nebraska-Omaha team that led for a majority of the game.

Omaha simply outplayed and outhustled the Iowa Hawkeyes in the first half and for some of the second half.  Omaha took a 43-36 lead into the locker room.  They did this by turning the Hawkeyes over, as Iowa turned the ball over 12 times in the first half. good outside shooting. Omaha’s hot shooting aided thier lead, as the Mavericks had five threes in the first half compared to Iowa’s one.

Iowa had a couple of bright spots going into the locker room.  The play of Zach McCabe and Aaron White in the first half  made the fact that Iowa was losing a little more bearable. Devyn Marble did not have a good first half, as he was 0-5 from the field. Marble did manage to get to the free throw line six times, connecting on five of the six attempts.

The Hawkeyes came out much more aggressive in the second half, attacking the basket and getting to the free throw line.  Iowa got to the line 49 times for the game.  They came out with pressure as well, as Iowa head coach Fran McCaffery put a 1-2-2 press on for most of the second half.

Iowa would take their first lead of the game at the 9:06 mark of the second half, during a run  mostly fueled by Aaron White.  “He understood what was needed from him,” McCaffery said. White finished the game with 20 points and 15 rebounds.

The other Hawkeyes to reach double figures were Devyn Marble — despite his 2-13 shooting performance, Anthony Clemmons, and Zach McCabe.

The Hawkeyes will have some time off before they welcome Maryland-Eastern Shore to town on Thursday.  Tip-off for that game is set for 6:00 p.m.