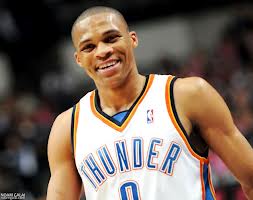 Oklahoma City Thunder star point guard Russell Westbrook will miss the first couple weeks of the season after having a second arthroscopic knee surgery on his right knee on Tuesday morning.  Westbrook had his first surgery back on April 27th after he injured it in last years opening round playoff match up with the Houston Rockets.

While his meniscus has healed up properly, this surgery was due to a loose stitch that has been causing some swelling from the last surgery back in April.  Having this surgery gives him the best chance to come back at 100 percent and to be his old self again.

Expect Westbrook to be the same type of guard he was before the injury, a dynamic powerful player that could get by you at will to get to the basket.

I would expect Reggie Jackson to come in a stomach some of the load while Westbrook is out.  Kevin Durant returns, but will not be able to do things by himself as we saw last year when the Thunder were bounced out of the playoffs by the Memphis Grizzlies in five games.

Serge Ibaka will be another player that will have to step up in Westbrook’s absence, but this is still a good team and being without Westbrook for a couple of weeks will not hurt their chances at returning to the playoffs this year.

I would still expect them to be a one or two seed out of the Western Conference and possibly even contend for a championship.