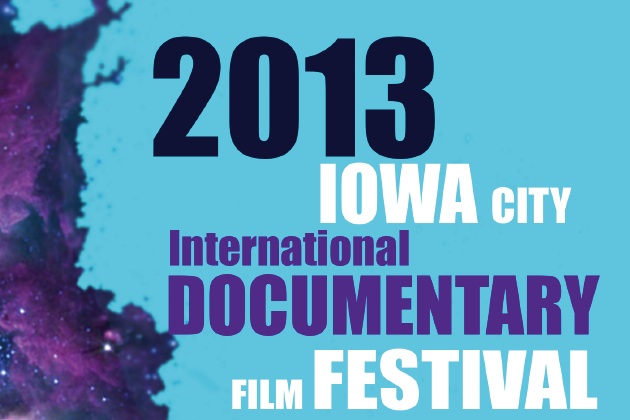 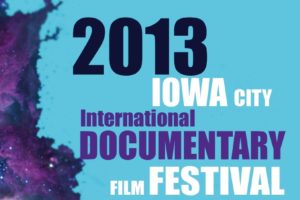 The University of Iowa Department of Cinema and Comparative Literature is proud to present the 11th annual Iowa City International Documentary Film Festival from April 11th through the 13th. The festival presents different forms of film and video that explore the boundaries of documentary and non-fiction film-making from around the world. The festival is free and open to the public.

Highlights include Competitive Shows, Juror Shows, and an evening of traveling documentary work courtesy of the Flaherty Seminar. The festival culminates in award
announcements Saturday, April 13.

Cathy Lee Crane and Ernst Karel will be jurors for this year’s festival. Crane is currently Associate Professor in the Department of Cinema, Photography and Media Arts at Ithaca College. She has been making narrative/documentary hybrid films on 16mm since 1994. She received the 2009 New York Foundation for the Arts Fellowship in Film for her lyrical re-combinations of archival and staged material.

Ernst Karel is Lecturer on Anthropology, Assistant Director of the Film Study Center, and Lab Manager for the Sensory Ethnography Lab at Harvard University. Karel collaborates with video and filmmakers as a sound recordist, mixer, and sound designer. He also works as a mastering engineer, having prepared a wide variety of material for publication on CD. Karel worked as a sound engineer and recordist at the Chicago Cultural Center, and as engineer, recordist, and editor at Chicago Public Radio.

This event made possible by generous support from the College of Liberal Arts &
Sciences Perry A. and Helen Judy Bond Fund for Interdisciplinary Interaction, the
Bijou Cinema, the Institute for Cinema and Culture, and the Department of Cinema and Comparative Literature.

Show 1 – FLAHERTY ON THE ROAD: THE ENVIRONMENT WHICH
SURROUNDS US
Location: Public Space One
Start time: 8PM