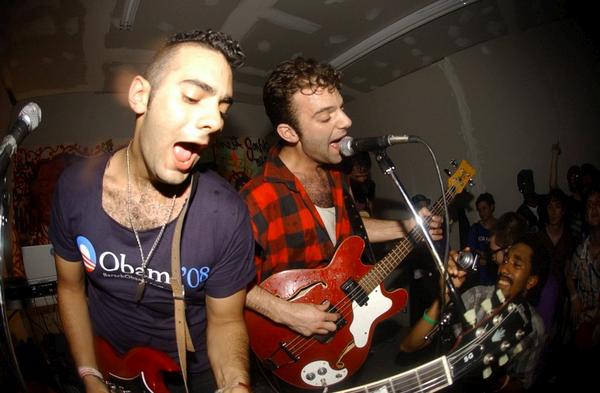 KRUI is proud to announce the next installment of our Low Frequency Series on March 10th, with Brooklyn’s The So So Glos. Perhaps known best for the association with the indie punk band Titus Andronicus, The So So Glos take a similar approach to rowdy, energetic punk, but with a greater emphasis on brevity. With a stunning commitment to the classic DIY punk ethos, The So So Glos have helped operate Shea Stadium, one of Brooklyn’s finest all-ages venues and recording studios. On top of that, they’ve had songs featured in the US version of “Skins” and had their song “Son of An American” listed on Rollingstone.com as one of the best songs of 2012. As if that weren’t enough, they’ve toured with artists such as The Pogues and Matt and Kim.

The show will be held in Public Space Z, in the lower level of The Wesley Center, located at 120 N. Dubuque St. The music starts at 7:30, with the doors opening at 7pm. It is free and open to the public, but donations to PSZ are encouraged.

Hope to see you there!