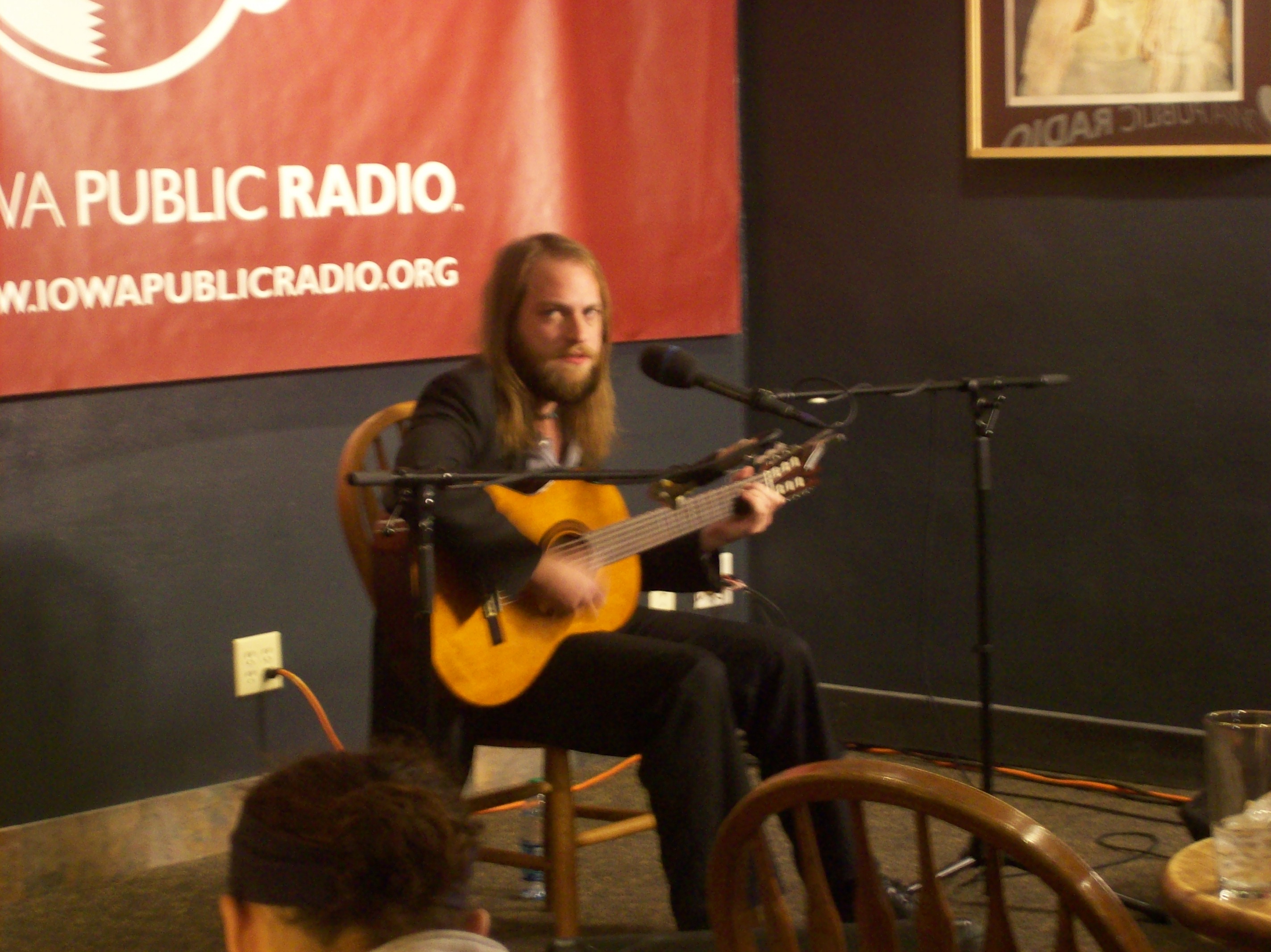 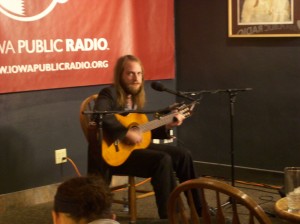 The smell of coffee wafted through the air of The Java House last Friday, October 12, as Brooks Strause took the stage for a Java Blend performance.

Originally from Muscatine, Iowa, Strause has created his own original combination of blues, folk, and bluegrass. Similar to the stylings of Amos Lee and Brett Dennen, Brooks Strause usually plays with his band, Brooks Strause and the Gory Details. But on Friday, Strause kept the audience entertained simply with his voice, his acoustic guitar, and his harmonica.

Strause played a number of songs, including “The Wrong Reasons” from his forthcoming effort, Acid Casual. This upcoming album will be his fifth CD. Strause also performed “Strange City,” a song specifically about Iowa City. Although it was written for the Iowa City Song Project, Strause highlighted the fact that he has lived in Iowa City for the past three years and has always loved the great people, great ideas, and the arts that the town has to offer.