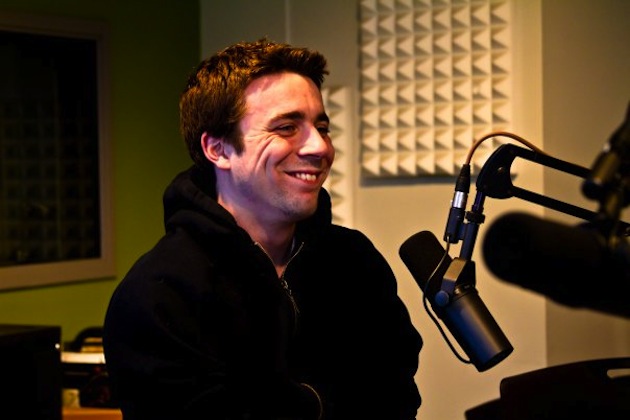 Folk chanteur Joe Pug has become an Iowa City favorite over the years. Once upon a time, he channeled his creative efforts into playwrighting. Nowadays, he uses his dusty, whiskey-tinged vocals and strums his guitar to tell his stories. Pug’s latest album, The Great Despiser, was released on April 24, 2012.

The title track from the new album shows a more upbeat, pop-oriented side of the musician. While, in the past, Pug favored solo acoustic guitar and minimalistic arrangements, this track is a welcome change, as it includes some harmony vocals, springy drumming, and a killer electric guitar part.

Listen to “The Great Despiser” by Joe Pug:

• KRUI caught Joe Pug performing at the Englert Theatre in October 2010 and churning out songs like the gorgeous “Hymn #101” and the protest song “I Do My Father’s Drugs”.