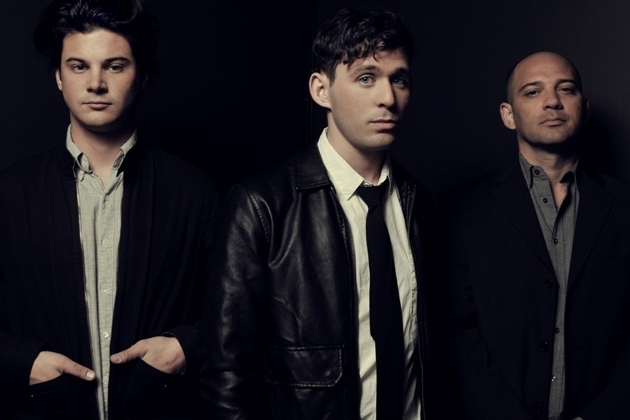 Make it to The Deadwood early to see a free show with Skye Carrasco, a much-loved local violinist and songwriter. Carrasco has visited the KRUI studios a few times in the past and always manages to bewitch us with her beautiful and haunting songs. Check out an in-studio she did last fall with American Dust here. Joining her will be Cuticle, Alex Body, and Golden Dust.

Seun Kuti is the son of Fela Kuti, the internationally-acclaimed afrobeat innovator. After Fela’s death in 1997, Seun started touring with his father’s band, Egypt 80, as the lead vocalist and saxophonist. The result is a soulful live show that speaks to Fela’s huge influence (Seun often performs his father’s songs) and mixes it with modern touches in order to connect with today’s young generation.

At 9 PM there are four shows to choose from, starting off with Billy Howke & The Hoax at Gabe’s. Before Mission Creek I knew absolutely nothing about Billy Howke and still don’t after trying to research the band for a half hour. I’ll tell you what I did find out: it’s hard-edged blues/rock that makes you want to smash stuff. Their Myspace bio calls them “one part troll under the bridge to nowhere” and their show at Gabe’s is supposed to feature Feats of Stupidity and some sort of raffle. Bring your own TV to smash.

Recommended Track: “Bobbin for Apples” by Billy Howke & The Hoax

Also at 9 PM is Mission Beat, Mission Creek’s dance party, at Old Brick. Complicit, ACG3 aka The Goat, bTsunami, Mango, and Ivy are a group of DJs that are well-known in the Iowa City scene (and beyond). These guys are going to throw down some serious techno beats—this is a dance party not to miss.

Headlining at the Blue Moose at 9 is The Antlers. The Antlers first burst onto the indie rock scene in 2009 with their third LP Hospice and have continued to grow since then. Their most recent album, Burst Apart, is a heartbreakingly beautiful collection of songs that showcases their ability to emotionally connect with their listeners through breathtaking musical soundscapes—a fantastic feat for a three-piece band. Their music is hypnotic and soaring, and with lyrics like “prove to me/that I’m not gonna die alone,” it’ll get you right where it hurts.

Recommended Track: “Putting the Dog to Sleep” by The Antlers

Tallgrass, an Iowa City band, will finish off the night at The Yacht Club. Their music sounds a lot like their name—bluegrass and roots, with a lot of soul. Look for insane finger picking and a loud rhythm section, though these guys also have a way with words: their bio says they were “raised by wolves, taught by squirrels, enemy of the owl.” Joining them will be Zeta June and Skinny Chef.

There is only one Mission Creek show on Sunday: Little Scream at The Mill with The Daredevil Christopher Wright, Brooks Strause & the Gory Details, and North English. Little Scream is Laurel Sprengelmeyer, an Iowa-born guitarist, violinist, keyboardist, and singer that has found fame nationwide on the indie music scene, performing with Atlas Sound, Stars, and Handsome Furs. Her vocals are clear and beautiful and her songs range from understated and quiet to fast-paced and frenzied—perfectly matching her name.