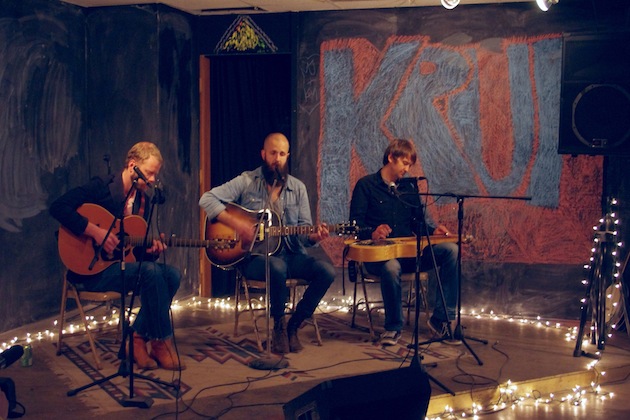 William Fitzsimmons visited the KRUI Mission Creek Lounge on Wednesday, March 28, 2012. He performed three songs along with his bandmates and was also interviewed about his influences, his current tour with Denison Witmer, and his music writing habits.

Listen to the audio of William Fitzsimmon’s in-studio here: