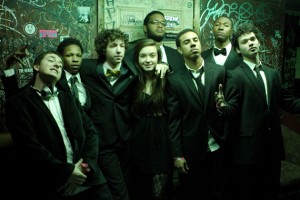 Chicago natives Kids These Days are taking the nation by storm. After a huge year where KTD performed at Lollapalooza, Summerfest and South by Southwest, the band is continuing to rock the nation touring the rest of the U.S. Don’t let the age of the band fool you, these kids know how to jam. KTD use elements of hip-hop, jazz, blues, funk, and rock to form a unique sound that has been compared to that of The Roots. The band will soon be releasing their LP “Trap House Rock”, which was produced by Wilco’s very own Jeff Tweedy.

Kids These Days – My Days