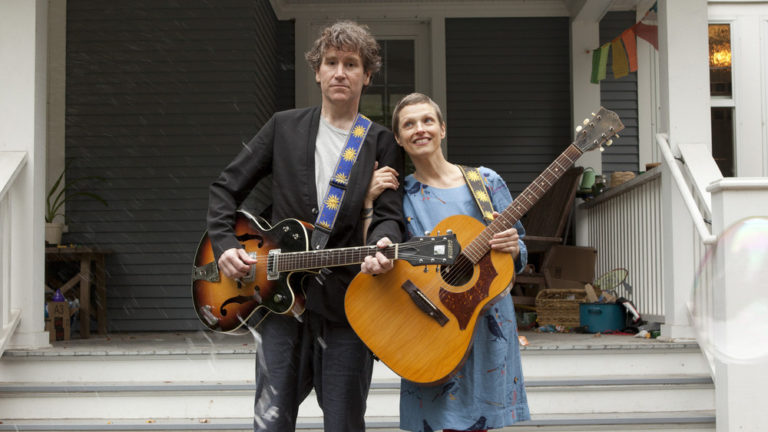 Indie-Folk duo, The Weepies, rely on impeccable harmonies and introspective lyrics to captivate their audience. Once individual singer-songwriters, Deb Talen and Steve Tannen teamed up to create a multilayered sound transcends the boundaries of the genre.

The band name was based on, “those sort of old movies that were called weepies, where you could basically be guaranteed that if you needed a good cry, you could go and see one of these and bring your hankie and have a good time,” said Talan. “We want to make music that touches them and moves them in that way; the place where tears come from, for joy and for sorrow.

Two years after releasing their debut album Happiness in 2003, The Weepies recorded their sophomore album in their bedroom in Pasadena California. Shortly after performing a sold-out show at The Living Room in New York City, The Weepies signed with Nettwerk Record Label. With a widening fan-base and label support, Say I Am You peaked at number one for most downloaded folk albums in eight countries.

Their third album Hideaway found immediate success by selling 14,000 copies in the first week. A few of the tracks from the album were featured on Sex and the City, Life Unexpected, and The Fosters, among others. Their fourth album Be My Thrill emulated their previous success by peaking at number 34 on the Top 200 Billboard Charts.

The Weepies have sold more than a million records and have accumulated over 30 million views on YouTube and 90 million streams on Spotify.

After Talan announced she was in remission from stage-three breast cancer, The Weepies released Sirens which stands as their most successful album to date. The 16 songs hang together as, “a musical photo album.”

“We didn’t write specifically about anything that happened – it’s much more satisfying and interesting to just be open in the moment and see where the music goes,” said The Weepies. “The songs that made it to the surface are all informed by what went on below.”

Talen and Tannen describe working together as musicians while being married to one another as, “the best of times, it is the worst of times!” they said. “There’s really nowhere to hide – everything comes out in the open quickly, so things can’t fester.  It makes for a healthier life overall probably, but there is also bloodletting.  We still enjoy each other, and making music together, and raising kids.”