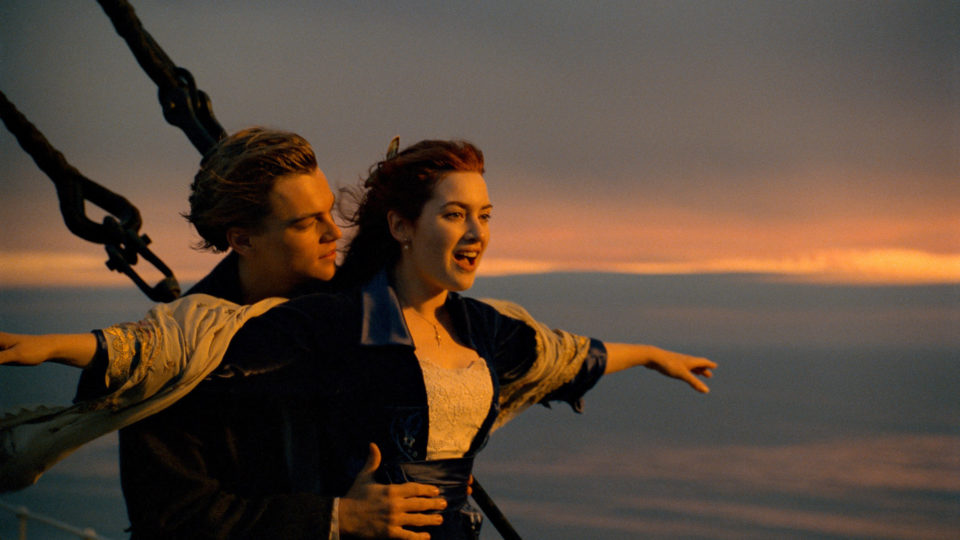 For more than ten years, James Cameron’s historical-romantic epic, Titanic, stood second to none as the highest grossing film of all time in the box office.  The timeless classic saw the rise to fame for young stars like Leonardo Dicaprio and Kate Winslet; while also setting an example for Hollywood on how to exquisitely craft and implement the new dawn of cinematic technology in the 90’s.  With fame and profound accolades comes stark criticism, as to this day, Titanic is still and always be in a love/hate relationship with the world.  But why?  How can arguably the most popular movie in history be hated by so many people?

For starters, many people despise Titanic simply because it was and remains a cinematic juggernaut.  Similarly to the 21st century New England Patriots, it’s common in society to hate the best.  With a redundant romantic storyline that some feel distract the attention away from Titanic’s historical truth, it’s easy to see why so many people are proud to share their movie taste is better than the average peasant who becomes emotionally attached to Jack Dawson and Rose Dewitt Bukater’s love story.   I respect that opinion, but it’s a bleak, narrow-minded way of looking at the film.

James Cameron head-started this project by performing deep sea dives into the Atlantic and archiving footage of the relic itself.  His findings inspired the fictional, romantic tale of Jack and Rose, two names forever stitched into the hearts of moviegoers around the world.  As a result, the footage found its way onto the big screen as Titanic‘s first story arc revolving around deep sea divers looking for a missing blue diamond, the Heart of the Ocean, last scene on the sunken ship.

This opening wasn’t needed, Cameron could’ve just started the movie set in 1912; but chose to base the story off his incredible, and ambitious advances in underwater cinematic technology and deep sea diving.

At its time, the Titanic was out of this world; a marvelous human industrial achievement that according to many even the almighty couldn’t bring down.  That itself is the lens in which Cameron crafts his story around.  He invents almost this modern cinema of the attractions, one that utilizes the advances of CGI and New Hollywood technological advances to portray his epic.

Focusing on familiar dialogue and the love triangle of Cameron’s tale is a common mistake, rather the world Cameron creates as a whole is vast and breathtaking.  How Cameron was able to recreate the 883 foot, 52 thousand ton vessel is an accomplishment in itself.  That’s only the ship’s exterior, as Cameron was able to explore the inner beauty of Titanic: from its Victorian dining halls and china ware, to an intense, miserable boiler room.

While the dialogue according to many is cheesy, I find it rather simplistic, which for a giant blockbuster makes sense.  Simple doesn’t equate to cheap either, rather it opens up a relationship that people from all ages and backgrounds can relate to.  The story of Jack and Rose is common: two lovers from vastly different backgrounds help each other find themselves and eventually fall in love.

Because of its straightforward plot, teenagers and adults can both relate to the common emotional elements, like Rose being an outcast to family expectations and the fun, spontaneous relationship Jack and Rose embody.

Arguably my favorite scene in the movie is when Cameron distinguishes the social classes of the early 1900’s by demonstrating a typical night for both the rich and the poor.  As an artistic statement on class, Cameron places the poor passengers on the bottom floors of the vessel and the rich on the top close to the deck. He illustrates the neatness and arrogance of the rich, with their sole fixation on money by putting a nomadic Jack Dawson into the mix to share his philosophical, charming views on life.

After the snooze fest, Jack invites Rose for a night with the drunken, yet appealing common folk that helps Rose discover there’s more to the world than expensive weddings and arranged, abusive marriages.

Another area of Titanic many like to criticize is its prolonged ending.  While this argument has some substance, Cameron chose to extend the ending to showcase the heartbreaking, yet amazing spectacle through his impressive use of CGI, set design, and cinematography.

Oh, and there’s the death of Jack.  Yes, he could have probably fit on the wooden board with Rose, but that defeats the purpose of the film.  The tragedy of the Titanic was all about loss, and for Cameron to implement this and have audiences feel this, Jack had to go.

With all of its flaws, Cameron’s Titanic will continuously stand the test of time because of its breathtaking cinematography, ambitious approach, and simplistic, yet relatable romantic tale led by powerful performances by Dicaprio and Winslet.  Dare I not even mention James Horner’s impeccable soundtrack, one that perfectly captures the raw emotions of the characters and the grand, luxurious Titanic.

This December, 27 marks Titanic’s 20th anniversary, as I was reminded via home video of my sister on her birthday in 1998 getting a Titanic movie poster. How time flies, while Titanic extraordinarily will forever stay put.