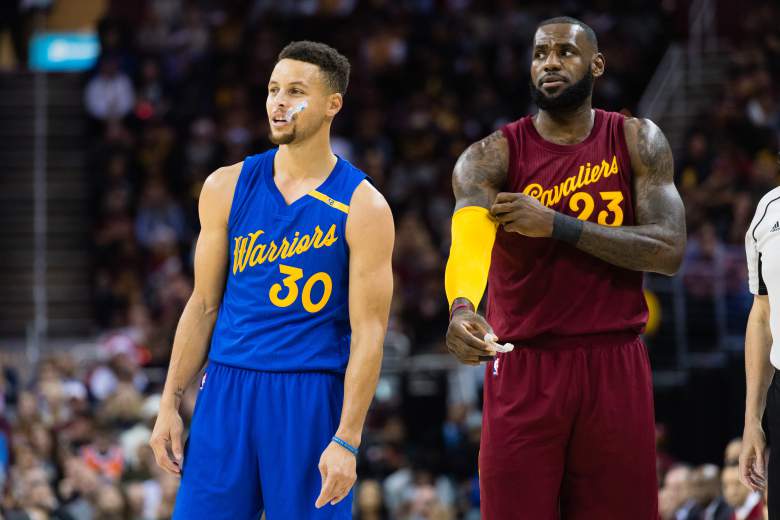 Coming off one of the most exciting off-seasons to remember, the start of the NBA season looms around the corner. My own excitement is matched by that of many others, as it will be intriguing to see how everything that has shaped out over the summer months falls in place as teams hit the hardwood. While it seems inevitable that the Warriors and Cavaliers are going to make the NBA Finals, this season provides so much more that has been missed in years past, setting the league up for one of the best seasons in a long time.

It may be to the point where these teams have faced each other so often that it is now considered a war by international law, but odds have it that the Warriors and Cavaliers will play each other in the NBA Finals once again. The argument remains as to whether or not the dominance of these two teams is good for the NBA, but anyway you put it this is the outcome for the 2017 season and maybe even a couple more years down the road. Buckle up NBA fans, this one may be a long ride. On another note the question remains, can anyone challenge either of these teams? No. At least not this year, and it is hard to see a new team emerging if both superpowers stay together this off-season.

There was a major shopping spree on players this off-season, as this it was one of the most active and exciting off-season’s that NBA fans have seen in a long time. Big names all seemed to move to and throughout the western conference. So much that it sparked the league to change the format of the All-Star game so that the West would not be so lopsided. One team in each conference stood out to me, as well as many other people, in making the most enticing moves this off-season.

In the east it was clearly the Celtics who had the best additions to their team. Adding Gordon Hayward through free agency and trading for Kyrie Irving were two great moves that helped the team get a lot younger and have a true identity to go along with the youth of their bench. There is still the aging Al Horford who does not fit the long-term plans of the team, but for right now he is good veteran help. This team is not going to stun the Cavaliers and take the eastern conference championship, but they should at least make the east finals competitive. The Celtics will be a force in the eastern conference for years to come, whether or not they do anything depends on the future of the Cavaliers roster.

As for the west the most intriguing team this off-season was the Oklahoma City Thunder with the additions of Paul George and Carmelo Anthony. The fact that both of these trades were pulled off is incredible, especially considering that Sam Presti technically flipped Serge Ibaka (traded to Magic for Victor Oladipo and Domantas Sabonis) for Paul George (Traded to Thunder for Victor Oladipo and Domantas Sabonis). This team now has a very interesting dynamic, as they have 3 guys that love to operate with the ball in their hands. Will they figure out a way to make it work? Yeah, I think they do but I do not think they reach a level that is higher for the Warriors. Sorry Thunder fans.

Lastly, some quick hitters regarding the rest of NBA and free agency moves. In the East everyone seemed to get worse and is entering rebuilding stages as the Bulls, Pacers, Hawks, and Knicks all traded away key pieces to get younger assets. All those stars migrated to the West where there were shuffles on most of the rosters. The Rockets propelled themselves into the top of the conference even further with the addition of Chris Paul. The Timberwolves made a big acquisition in getting Jimmy Butler, a move that they hope will help them in the long run as they have an extremely young roster. Lastly the Nuggets and Clippers both made additions that will likely keep them on the edge of the playoffs, but will not amount to major success in the West.

Just about every team not mentioned above decided that it was a good move to invest in the draft, and it looks like the draft class is not going to disappoint. While it seems like the draft prospects have always busted in recent years, the rookies this year seem to be of a different breed. Going into the draft there were talks that this could be the best class since 2003, and from the little film we have seen in the summer league and preseason this looks more than formidable.

The number one overall pick by the 76ers Markelle Fultz not only looks like a stud, but so do his teammates around him. This is a team that has the potential to be really good in years to come if all of their young players tend to pan out how they should. While this pick was a no brainer for the 76ers, he is a perfect fit for their team as he provides the outside shooting needed to spread the floor.

The second overall pick went to the Los Angeles Lakers and they selected Lonzo Ball, as I am sure everyone on the planet knows by this point. Put his dad and all the drama aside and consensus has it that this kid is going to be a star. The pieces around him seem to be in place, but it is just a matter of how everyone progresses in the coming years. The interesting thing to follow with this roster is what happens next year in free agency, as the Lakers have a lot of money to spend and a lot of big name free agents should be available.

Some other noticeable draft picks were Jayson Tatum to the Celtics at three, Josh Jackson to the Suns at four, De’Aaron Fox to the Kings at five, and Dennis Smith Jr. to the Mavericks at nine. All of these players have potential to shine almost immediately in the league, and could very well be superstars in the making. Tatum is in a very interesting scenario as he is going to develop on a team that will likely get a lot of playoff success and experience. Jackson is on a young, but extremely talented team as he prepares to pair up with Devin Booker for years to come. Fox and Smith will not have any enticing prospects around them, but both are extremely explosive and quick players at the point guard position and should have long careers ahead of them.