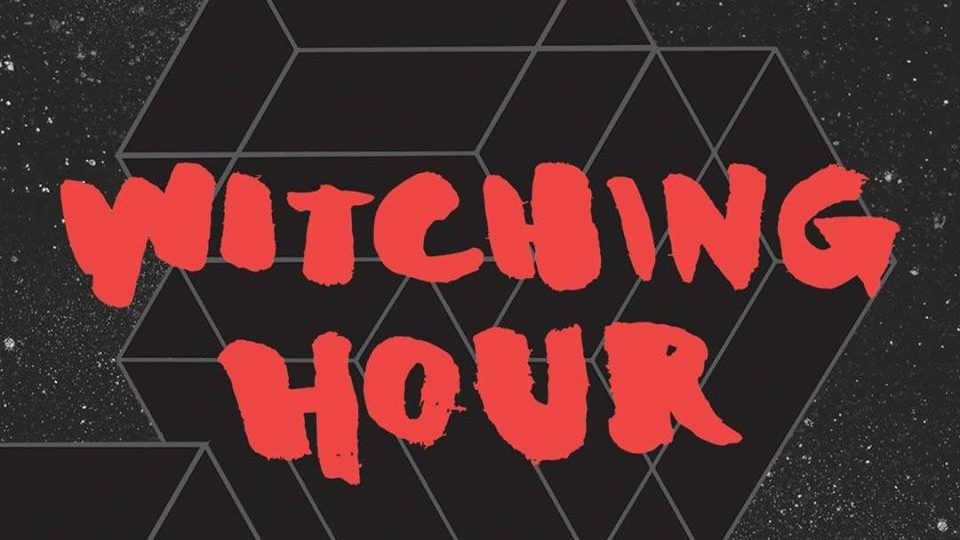 *Disclaimer: This article contains material that may be deemed inappropriate for minors*

The description that Witching Hour gave for this event was “The best of new voices in comedy in the stand-up and improv worlds.” And they were right. The jokes were funny and the atmosphere felt very chill and comfortable. The show began with Super Talent Show doing a music number to introduce themselves. Super Talent Show consists of members Steven King, Nicky Martin, and Blake Burkhart. Their skit was about time travel.

The first step on our time traveling adventures was medieval times where the guys met a fancy king, Blake, who sang and had donut rings.

They then met Pinky Blinders who wanted to know about his Netflix show. Finally, Nick was an angry pencil who writes time. The angry pencil then started beating up Blake which resulted in Billy Mays, Steven, to pop up and ask, “Has this ever happened to you?” They then started praying to God so that they could return to their own time. This was the introduction to Cleveland Anderson.

Anderson got up on stage and admitted to having smoked weed outside of The Mill to try to calm his nerves. This received applause from the crowd and Anderson then told the crowd to clap for themselves because he hadn’t even said anything and he was already getting applause.

Anderson then told his jokes. He joked about weed, being in Ubers while high, Uber drivers wanting to talk to you and you wanting to murder them, and wanting to make good money. His plan was to be the guy that says the n-word for white rappers. The only problem was that he didn’t know who to send the demo track to.

Blake then came on stage as Shleppy Sinclair (I think that’s what he said). He made jokes that are the type of jokes that you know you shouldn’t laugh at but you still do even though the jokes are really stupid. After he finished, Fran Hoepfner came on stage.

Fran joked about how adults tend to have crushes on anybody who is nice to us. She talked about how she made a Facebook group and added all her crushes on it. She compared it to the Stanford Prison Experiment but called her Facebook group, “the cute version.” After Fran finished, Ghouldini arrived on stage.

He sang a song about vampires who eat ass. He then sang a country western song which featured the amazing lyric of “The confederate flag stands for corpse fucking.” That’s literally what the song was about. Him going down south, dying, and then getting his corpse fucked. He finished by saying, “Have unpleasant dreams.” Which after a song about ass eating vampires and corpse fucking, I probably will.

Arish Singh continued the jokes by pretending he was in August 2016. He wanted all the Republicans to yell what minority group they hated and wanted violence to be centered on when he shouted, “race wars.” He also wanted the Democrats to stand up and cheer when he said, “class wars.” The rest of his set was about Jeff Dunham and how he is 90% to blame for Islamophobia. He brought out a puppet and made some jokes before saying that it’s 2016 and “Ventriloquism is Terrorism.” The night ended with the President of 2020, Steveus, rapping making a parody of Kanye West.

I didn’t know what to expect when I showed up at The Mill. Even though, I didn’t laugh 100% of the time I still found the show hilarious. It was an interesting experience and I thought Super Talent Show and Friends had a great show. If given the chance, I would definitely see all of the performers again.