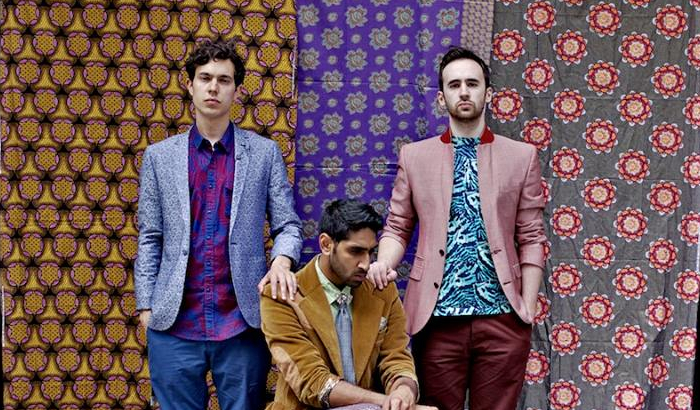 A trio of musicians from London have combined their talents to create the band Strong Asian Mothers. Kalim Patel, Amer Chadha-Patel, and Josh Stadlen have very recently released their first EP titled “Lynx Africa.” Released on May 20th, the EP is a reflection of each member’s influences like, hip-hop, R&B, electronica, and big band music. Each song has an infectious upbeat that you may think is perfect for summer 2016.

In celebration of the release of their EP “Lynx Africa,” Strong Asian Mothers made a video on Brighton Beach with a sample of each song:

The band has two videos for the seemingly more popular songs of the EP, “The More That I” and “Out of Love,” as well but this video serves as their own representation of “Lynx Africa” as a whole.

Out of Love: As the first song of the EP, it begins with synthesized notes to progress into drum hits and simple lyrics. There is a ton of layering of beats and the synthesizer, with the additional layer of the lyrics that create their own rhythm. At times, the lyrics and surrounding aspects contradict each other. However, the main rhythm, from the drums, coincides with the lyrics to accentuate the combination.

Stay Down: This is the only track on the EP to begin with lyrics, which are very noticeably auto-tuned. While I’m never a fan of noticeably auto-tuned voices, this is probably my favorite song of the EP. There’s several lines of rapping about half way through the song that doesn’t coincide directly with any of the rhythms of the drums or synthesizer. However, I’m proven wrong towards the end of the song.

The More That I: The song begins with a smooth progression of synthesized beats and high-pitched humming but breaks the slow start with the entrance of drums. The lyrics of the song are full of rapped lines that either rhyme or partially rhyme. The lyrics are incredibly simple and line up with the drum hits. This clips the lines in a monotonous repetition. I’m not a huge fan of the lines, the rapping that lines up with the beat, or the synthesized notes in this song.

Megabucket: The layering continues with the drums and synthesizer. At times, the drum overpowers the synthesized rhythms but near the end of the song there is almost too much happening. The lyrics are nearly non-existent in this song. It is mostly just noises that might be words. While I could see this song playing at a club, it isn’t necessarily enjoyable. This track is hard to follow, like I’m being pulled in different directions while listening to it.

Initially, I heard “The More That I” and genuinely enjoyed the song. However, I was listening to snippets of each track on this EP. After listening to all four songs consecutively, I decided that they sound incredibly similar and are confusing as an album. As I stated in the description of “Megabucket,” the music is hard to follow. It seems decent for electronic dance music and that’s its’ only purpose. Though Strong Asian Mothers self-proclaims as a band with many influences, the most apparent influence I hear is the electronica, which overpowers all the rest. The EP itself is perfect for a summer party without analysis.

You can hear the EP “Lynx Africa” by Strong Asian Mothers below: