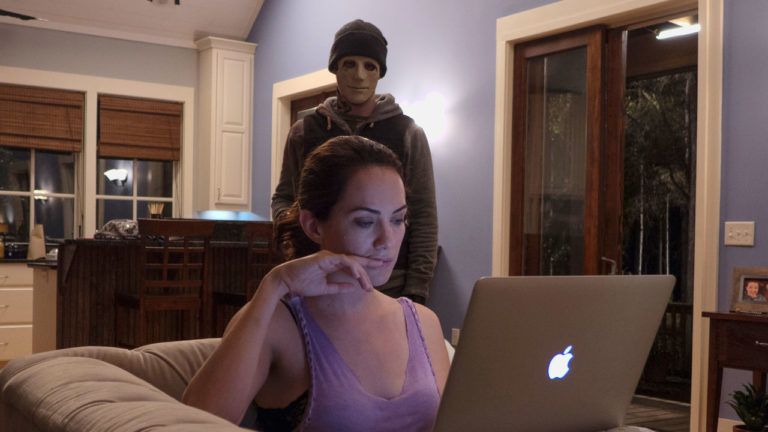 *This article contains language not appropriate for some readers*

If you consider yourself a fan of horror films, you have probably seen some pretty messed up stuff. You have seen so many limbs cut off, eyes gouged out, and demonic possession-enhanced projectile vomit that these things don’t even affect you anymore.

Whenever I’m talking to my friends, coworkers, or even my wife, I feel like I have to avoid divulging the most juicy details for fear of people thinking I am a serial killer. There is a reason why no one liked Gabe from The Office.

“Why do you watch so much fucked up shit?” This is a question I have heard and asked myself the many times. I honestly don’t know. I just find it entertaining. No other genre of movie requires such defending. No one asks me why I watch comedies or action movies. The answers are obvious: I like laughing and watching shit blow up. So allow me to get a little meta-cognitive on you and figure out just why people enjoy watching horror movies.

Like comedies and action movies, there seems to be an obvious answer: people like scary movies because they like to be scared. Not necessarily scared all the time, but in a controlled setting. While that may be the case for some people, it’s not always the case for me. I will visit a haunted house around Halloween or have a prolonged stay with my in-laws to get that feeling of primal fear, but I don’t usually get it in movies. That primordial rush of terror some get when viewing spooky stuff may be reason enough to enjoy horror movies, but I think there is more there. Perhaps there is a more personal link.

When I ask what types of movies scare people the most, I generally get a similar answer: films that portray our real life fears. Home invasion movies (The Strangers), films involving personal paranoia (Enemy), or movies that center around our more modern insecurities (Unfriended). Hush, a 2016 Netflix offering is a great new example of this very real type of fear people get when watching scary movies. In the film, a deaf-mute author retreats to the woods to finish her next book, where she is stalked and attacked by an unknown assailant. The film plays on our fears of the unknown with both the killer and the isolated setting, as well as the extremely uncomfortable feeling we get when our personal space is violated. The fact that our protagonist cannot speak or hear makes the danger even more threatening. The film was a triumph, and many people would likely agree with the fact that is was, indeed, scary. I found the film to be taut with tension, creepiness, and even riveting at times, but never truly scary.

Maybe I’m just broken. After being exposed to The Evil Dead around the age of five by my mom (what the fuck was she thinking), perhaps I just don’t scare easy when it comes to movies. Or maybe I’m not looking to be frightened. I like to think I’m looking for new experiences or gut reactions that I have never found in other types of films. When you watch a Cristopher Nolan movie, you want to come away with this intangible sense of awe along with the feeling that you are not 100% sure what just happened in the past two hours. When you watch a Guy Ritchie film, you want to be lost in a slick and darkly comic world where, yeah, people die left and right, but it’s all in good fun.

It’s the same with horror movies. Some aim for pure terror, a feeling you are not going to get nearly anywhere else, unless you are a professional skydiver with short-term memory loss. Think Hellraiser, The Conjuring, or Dead  Silence. Other horror movies aim for something similar, but not necessarily for mile-a-minute scares. It Follows doesn’t attempt to shock you with gory visuals, jump scares, or the other common horror tropes. The film aims for a more perilous sense of dread. In doing so the film relies on more open shots compared to the claustrophobic nature of most horror films. Rosemary’s Baby is another movie that is not trying to terrify its audience. It’s a slow burn picture focused on the paranoia of its lead actor, and as such, functions not only as a horror film but also as a character-driven drama.

On the opposite end of the spectrum, there are horror comedies. Movies that are meant to make you laugh while simultaneouly questioning your moral fiber for thinking that a guy being fed to a wood chipper was funny in the first place. That simultaneous feeling of unease and amusement is a good thing! We all saw Inside Out, so we know our most memorable experiences are not comprised of one emotion. If a movie makes you sense something new, I think you should embrace it, no matter how weird, horrific, or unnatural it may be. We grow primarily through new experiences, and I think that horror films are a quick and effective, if not always easy, method for getting these new experiences. So go ahead and queue up a scary movie. And if you think all my talk on “feelings” and “new experiences” is bullshit, at least you’ll be scared (maybe)!