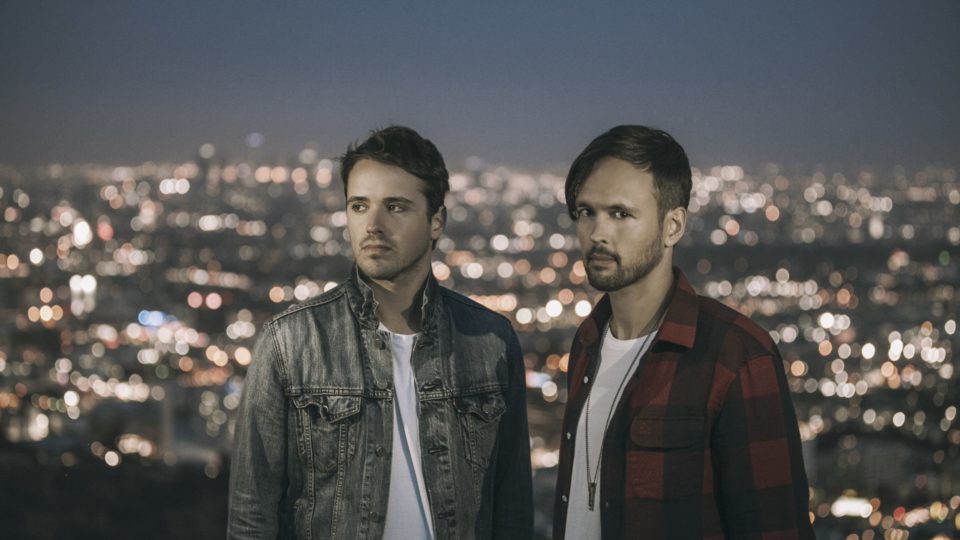 Having first been exposed to Atlas Genius as the openers of Imagine Dragons’ Night Visions Tour several years ago, my expectations were fairly high upon hearing of the release of their sophomore album. Reasonably so, considering the high energy and unique blend of musical elements that this Southern Australian band brings to the table, which was portrayed so well on a live stage. That being said, I was not surprised at the savory array of sounds provided by Inanimate Objects.

Atlas Genius released Inanimate Objects late this past summer on August 28, 2015. In summary, this album could be described as a collage of numerous feelings through the creative integration of sounds. Every track feels like a combination of musical elements that would not be expected to fit as well as they do, but somehow this band knows how to craft it well enough to make perfect sense.

The record kicks off with “The Stone Mill,” leading you in slow, until it picks up to a pace that really makes you excited for the tone of the rest of the album. This leading track introduces the musically thematic role played by the friendly and catchy picking of the electric guitar, a reoccurring vibe throughout almost all of the songs. In many instances, the guitar serves spectacularly as a grounding force in their almost-electronic sound. These muted beats of the guitar combined with the electric, radioactive sound present in a lot of techno music are a few of the unusual combinations that resonate surprisingly well with one another. This track serves as the perfect way to introduce Atlas Genius’ sound to an unsuspecting listener. But the song as a whole is a climactic build—enhanced by the lyrical repetition of “rise”—that transitions so satisfyingly into the beat of the next song, “Molecules,” the bright and catchy single off of the album.

Probably gaining recognition as the catchiest of the first three tracks, “Stockholm” relies a lot on the use of heavy drums and, once again, that strong guitar element. This track hits the hardest home with lovers of a rock sound, more so than either of the two previous tracks. This is contrasted in the track that follows, “Refugees,” where the techno twang is far more present in its beat.

As someone who is primarily drawn to the lyrical aspects of every song, one thing I noticed about this album was the way the vocals take the back burner in order to bring attention to all the different instrumental components. This is especially visible in songs like “A Perfect End” and “Where I Belong.” While these songs are somber and filled to the brim with emotion, they are also heaviest with instrumental stimulation, allowing the vocals to play more of a supporting role. Though common lyrical themes are still present in this album, several songs reiterate the concepts of “rise and fall” and “gold.” Another song falling into this hefty sound is that of “Friendly Apes.” There is a lot going on as far as layering sounds and instruments that tend to drown out the vocal aspects, but it serves as an interesting lead into the next song “Friends With Enemies,” a parallel forming between the two.

In contrast, the powerfully standout track “Balladino” gives a small taste of the extension that Atlas Genius has to offer in their ability to tie a pained voice with a heavy bass drum. This song draws out the emotional aspects of the lyrics, something that is not present in a lot of the other more upbeat songs on the album. There lies an uplifting essence toward the end of this passionately packed track, with the notion that “I believe that there is a light up ahead,” Almost in response to this, “The City We Grow” is a definite change of pace from the previous few tracks. With the familiar return of the guitar pluck, it perhaps plays out as the light that follows the heavy heart existing in “Balladino.”

The album ends in the soft way that it began, with “Levitate” carrying out the lyrical theme of a rise that’s been present. With this soft building tune, we’re brought back to that structure of the climactic climb that was introduced on the first track. However, where the ascension of “The Stone Mill” led straight into the catchy beat of the second track, this final song leaves you suspended in midair, floating on the final remnants of the crisp end to a pleasurable album experience—levitating, perhaps.

Stream Inanimate Objects on Spotify or buy it on iTunes.