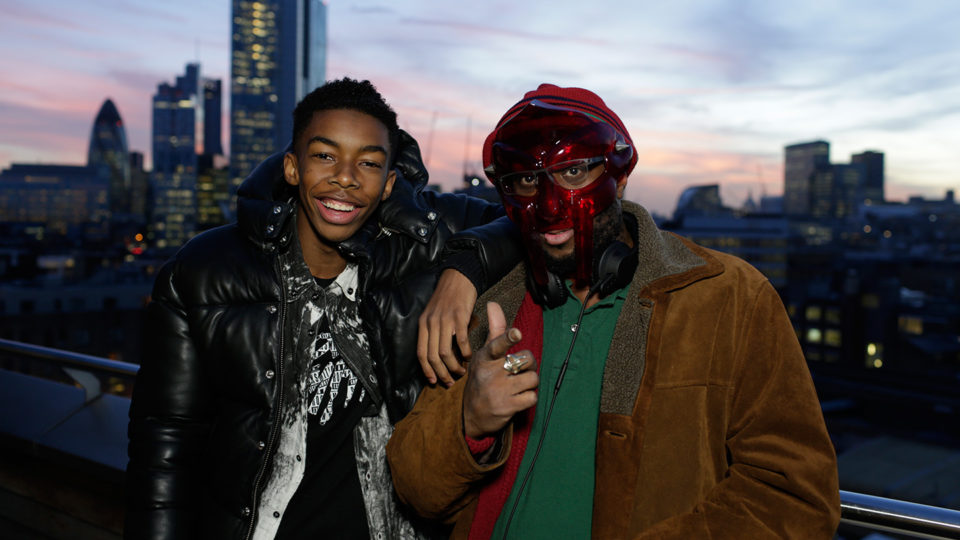 Nehru, now 18, has been buzzed about in the Hip-Hop community since the release of his two mixtapes, Nehruvia and StrictlyFlowz, when he was only 15. The Rockland County resident gained even more acclaim when he was booked as an opening act for The Wu-Tang Klan on their 2013 European tour.

Nehru got on everyone’s radar when he announced in August 2013 that he would be collaborating with the infamous MF DOOM for his next project. From the get-go, fans doubted that this project would ever actually materialize, considering the spotty history of DOOM, and the fact that Nehru was so young. Lucky for us, it did.

With his first two mixtapes, fans were quick to compare young Nehru to the XXL freshman Joey Bada$$. Specifically the flow and production styles included on his debut mixtape: 1999. If you listen to the tapes back to back, you can clearly hear the similarities: the rappers have near-identical sounding vocals as well as a shared fondness for jazz instrumentals and popular tracks produced by MF DOOM and J Dilla. These similarities left some doubting Nehru’s skills as an MC.

Whether intentional or coincidental, the similarities between the two young rappers have dwindled since the release of their new material. Bada$$, having seven mixtapes and plenty of features under his belt, Joey has evolved his smoother delivery into a gruffer boom-bap grunt reminiscent of groups like Heltah Skelta and Black Moon for his upcoming debut album: B4.DA.$$. While Nehru has kept to his initial stylistic approach for NehruvainDOOM.

Eastern philosophies and the concept of meditation are the backdrop for this album. Kicking off with different people discussing the Om chant behind a colorful instrumental, the album retreats back to these ideas throughout. Making the album a focused cohesive piece.

For such a young voice, Nehru is incredibly grounded. His perspective often sounds like a seasoned veteran rather than a hungry come-up. Covering topics about his work ethic, the loneliness that comes with it, the dissatisfaction with his peers, and his hunger for greatness, Nehru uses the album to prove that he is an artist that should be taken seriously. His voice does sound flat in some places, but for the most part, DOOM’s production fills in the space where Nehru otherwise might sound dull.

DOOM’s production, sounding fuller and more polished compared to his earlier Metal Finger beats, work well with Bishop’s delivery. Unlike his last project collaborative project Keys to the Kuffs, Metal face makes himself scarce on the album. Only appearing on the hook for “Om” and throwing in great verses for the tracks “Caskets”, “Great Things”, and “Disastrous”.

While not the all-time top rap album of the year, this release should reassure fans that Nehru is pure potential. His voice and delivery may fall flat at times, but the lyricism is sharp and focused. Considering that the young MC is only 18 and he’s already garnished the respect from the likes of DOOM, Kendrick Lamar, and The Wu Tang Klan, it’s hard not to get excited about what the future holds for this kid.