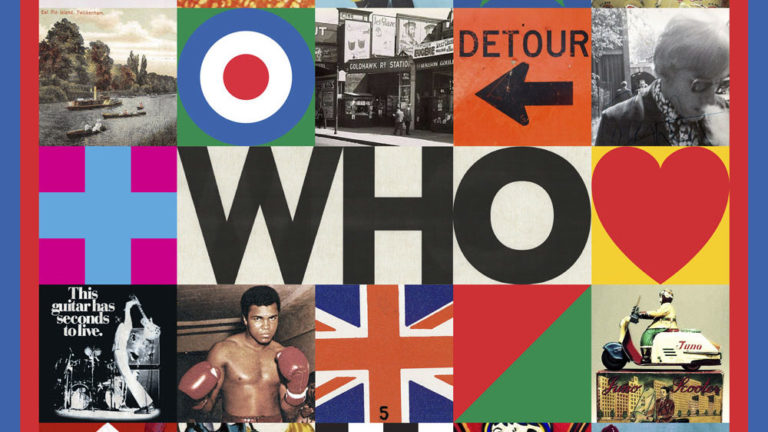 We’re currently in an age where an artist can catapult to stardom younger than ever before with the help of internet platforms; with the overwhelming and deafening output of new voices being brought into relevancy through unconventional ways, it’s difficult to remember, and for that matter, keep track of all the artists who broke into the music industry decades ago through traditional avenues. Age has always been a tricky subject when it comes to the entertainment industry—whether there’s a point when an artist becomes irrelevant with changing music landscapes or if age’s only ramification is vocal abilities past their prime. Popular culture tends to slap nostalgic lenses on bands of the 60s and 70s, reaching an almost legendary, mythical status.

But what’s so confusing about this mindset is that these bands are still here—they don’t merely exist in 70s rocker garb and sepia tones. The reluctance to provide space for artists once hailed as the greatest songwriters and musicians of their generation has led to a lot of different responses from these same artists. Billy Joel decided to quit on a high point (why bother when you can sell out Madison Square Garden over 100 times with the music you’ve already recorded), while Paul McCartney made a surprise leap back into popular relevancy with Egypt Station (an album I didn’t find remarkable, though you can’t deny numbers). But the majority of artists—Paul Simon, Bob Dylan, and Neil Young—to name a few, have desperately tried to hold on with muddled efforts and unremarkable songs. The Who’s first release in thirteen years, WHO, doesn’t fall into this category.

It certainly won’t join the ranks of the albums that brought the band notoriety, but it works as tasteful fan service that’s much more self-aware than most. After both the tragic deaths of Keith Moon and John Entwistle, the remaining half of the English rock band never quite found its way back to its initial genius. WHO, however, delivers an impressive amount of familiar sound from a distant band that put out innovative rock operas and a sizeable amount of smashed guitars.

Despite songs that provide loyal fans with some comfort, echoing back to hit songs, the album isn’t able to fully deliver the same musical highs from their past. And they probably can’t. They’re older—the years are catching up and The Who just isn’t as relevant as they used to be. That’s also why it works far better than most artists from the same slice of music history—Roger Daltrey and Pete Townsend are fully aware of it.

The first words that burst out from a still rocking Daltrey vocal performance are both refreshingly and unexpectedly self-aware:

The opening track, “All the Music Must Fade,” is the anti-comeback song, discussing how anything the band releases will never be completely unique or revolutionary, there’s too much content and too much overlap in the music industry. The instrumentation, ironically, sounds an awful lot like past Who songs, but in this setting, it’s a welcome surprise. The age argument is fitting when it comes to discussing The Who’s unexpected return—full tour stretches have been postponed due to health concerns in recent years; instead of sticking to talks of rebelling against older generations and pinball champions, the music duo is tackling age head-on. There are talks of tumors (“Ball and Chain”), wistfully looking back “on being twenty-four” (“Break the News”), with a healthy dose of self-criticisms of being “snotty young kids” and “trying hard to stay young” (“We Don’t Want to Get Wise”).

Nothing truly matches the unmistakable rock-and-roll energy of “All the Music Must Fade,” but “I Don’t Want to Get Wise” and “Detour” are strong entries when it comes to the overall sound, with enjoyable harmonies and self-commentary that proves captivating. There’s nothing quite like hearing Roger Daltrey and Pete Townsend talk about their past screw-ups and the qualms they had with each other over their tumultuous relationship (“he was drunk…he was late”).

Though this album can easily be considered a worthy effort when it comes to the subset of matured bands, there are definitely some misses. “She Rocked My World” adopts Latin musical influences that feel misplaced for the band and is frankly, an uncomfortable song with its growling vocals and creepy intonations. “Danny and the Ponies” is a less than stellar end to an otherwise respectable release with an inexplicable amount of obvious and unenjoyable autotune. Painful dips into ill-fitting genres and someone who got a little too excited about voice correcting technology aside, when this album sounds like The Who famous in the 60s and 70s, there’s nothing better.

“Got Nothing to Prove,” which should have been the closing track, belongs firmly in the 60s with eery sound replication—classic doses of reverb are utilized, and 60s Britpop vocals dominate with a soaring horns section. You would sincerely have a hard time convincing me that this song wasn’t recorded in the 60s, unearthed and thrown in as an unreleased song. When a listener gets a rare song that so closely echoes a lost era, there’s something to be said for a band not trying to stay relevant with current culture, but rather encapsulating a part of music history that only those who helped create it have the means to recreate it.

I had the pleasure of seeing The Who in concert a couple of years back; although the crowd was certainly far from young, Daltrey was absolutely wailing, hitting all the expected vocal highs, and Townsend was energetic as ever on full-length guitar solos. It’s certainly easy to be skeptical about aging talent, but in that moment, it was clear that age wasn’t slowing them down one bit. Although age inevitably dims the stars of many musical careers, that doesn’t mean it’s game over. There’s no harm in allowing space for past artists, silencing remaining genius might lead to a world of missed surprises.