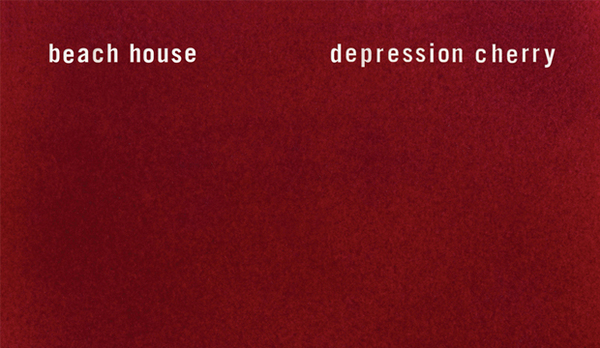 Beach House is a band that makes music for the bedroom.

Let me explain. When people hear the phrase “music for the bedroom”, most of the time their minds jump to a couple of places: Marvin Gaye’s plea for “Sexual Healing”, Prince’s wet dream album “Purple Rain”, Madonna commanding you to “Justify My Love”, to name a few. They are explicitly grounded in the physical, the primal need for intimacy through touch.

In contrast, Beach House makes “music for the bedroom” for the instances in between those physical moments, whether inside or outside the chambers of their namesake. Their songs and albums relate to stolen glances, the grazing of fingertips against skin, the exhalation between kisses, the rushed beating of a heart before a declaration of love. Part of this can be attributed to the genre they work in. Dream pop is a subgenre of alternative rock that, while still incorporating hallmark guitar and percussion, focuses more on the use of synthesizers and “reverb,” to create deeply textured and hazy soundscapes. Vocals are often indecipherable. Beach House uses this style of music to create sonic locations to escape into, aural alcoves where the heart can question a lover and seek answers in their closeness.

“Don’t I know you better than the rest?” singer Victoria Legrand asks in “Zebra”, the first song on their breakthrough album Teen Dream. That album was exactly what its title suggested, a sentimental, retrospective vision of the beginning of sexual and emotional exploration in the formative years of our lives. If Teen Dream was the genesis of a relationship, then its sequel, Bloom, was the romance at its apex: using larger sounding drums, soaring melodies, and bigger guitar riffs from Alex Scally, Beach House’s heart was beating the hardest it ever had.

So where does that leave Depression Cherry in the progression?

A more subdued album and, according to the band, a return to simplicity, Depression Cherry creates a very particular atmosphere. One could compare it to the quiet conversations of a couple driving back to their home late at night, or the whispers that come after what the other type of “music for the bedroom” is produced for. It’s more sensual than sexual, and there’s real power behind that difference.

Victoria Legrand, with a voice like smoke coiling up into the rafters of an old building, is an incredibly emotive singer, able to pull off lines like, “The first thing that I do before I get into your house/ I’m gonna tear off all the petals from the rose that’s in your mouth” (from the swooning “Beyond Love”), or, “You should see, there’s a place I want to take you/ When the train comes I will hold you/ ‘Cause you blow my mind” (twinkling opener “Levitation”).

Throughout, Alex Scally’s guitar work shifts between gentle and pleading (“Space Song”) to piercing (the aforementioned “Beyond Love”) to create a back and forth between calm and intensity, rises and falls in the conversation between lovers that this album will no doubt soundtrack at some point.

The real treats of Depression Cherry come in the form of a duo of songs. “Sparks”, the first promotional single from the album, is some of Beach House’s most aggressive and colorful work: dubbed-over vocal chants give way to light percussion, eventually punctuated by a screeching shoegaze guitar, an organ entering as the final piece of this epic whose lyrics recall the late nights shared between teenagers simply trying to make it in their small worlds that are on the verge of expanding. The centerpiece of the album, “PPP”, contains the most beautiful guitar line of the album, Legrand asking her lover if they’re “ready for this life,” and waxing that “it won’t lost forever/ or maybe it will”. And then she matches her breathless cooing to the tone of the guitar, and it’s simply magic.

In the end, Depression Cherry isn’t quite as compelling as its two siblings. Even with its strengths, it often falls into the feared territory of its songs sounding the same, especially near the end of its track list. It’s not as dynamic of a record as Teen Dream or Bloom. But it doesn’t need to be. Beach House have delivered an album meant for the moments between waking and sleeping, the times when a silent look of longing speaks louder than a night of passion.

I wonder if their beach house is open to rent?