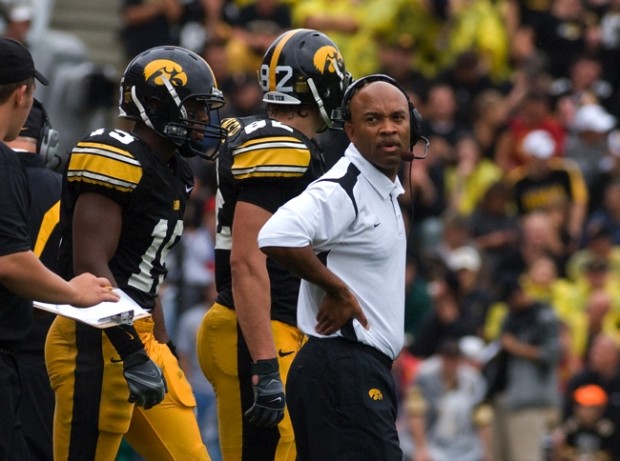 That’s how much time has surpassed since initial word was leaked about impending changes to the Iowa football program’s coaching staff.

On Jan. 3, recruit Damond Powell indicated to HawkeyeInsider.com that Erik Campbell would no longer be Iowa’s receivers coach. This possibility was not new, as discussion and speculation had surfaced in early to mid-December about Campbell’s likely exit. There were also rumors that Campbell’s North Liberty home was for sale.

In today’s 24-hour news cycle and information-bent society, this news no doubt furthered the discussion amongst fans, most notably on Twitter.

And then, it was Campbell himself who cleared the air. The longtime assistant coach responded to well wishes on Twitter via his personal account. CoachingSearch.com also reported he interviewed for the receivers job at Missouri just days later.

So here’s a prominent Division-I assistant with all signs to him being done at Iowa, and yet, there is still no official word on the matter.

Was Campbell fired? Did he choose to leave on his own merit? Almost two weeks later, the Hawkeye football program hasn’t said. Not even a one or two sentence press release has been sent from head coach Kirk Ferentz. Director of Athletic Communications Steve Roe has responded to numerous media outlets, including to The Gazette in which “he had nothing to report concerning changes in our football coaching staff.”

Why is there nothing to report? Campbell himself has even responded to inquiring fans regarding his departure.

What’s the harm in sending out a press release announcing Campbell’s status and a subsequent search for a new receivers coach? Thank him for his efforts and move on. Instead, there is an enormous cloud of unknown hovering over the coaching staff.

Plus, other assistants may be on the way out as well, with one also eliciting public reaction on social media and various message boards.

Running backs coach Lester Erb is apparently done at Iowa, and Rivals.com listed Erb as a candidate for the offensive coordinator position at Syracuse on Monday night.

This doubt over the coaching staff, in a way, stems from the near-instantaneous responses from Campbell on Twitter. Fieldhouse Media’s Kevin DeShazo, a social media strategist, said Iowa should at the very least acknowledge the move(s).

“If Campbell is in fact leaving — and one can reasonably assume from his Twitter account that he is — then that should warrant some comment from the department,” DeShazo told KRUI.

“It’s always best to be up front about coaching changes. It benefits all parties.”

Not at Iowa. Right now, there’s too much ambiguity, and there’s no advantage in that.